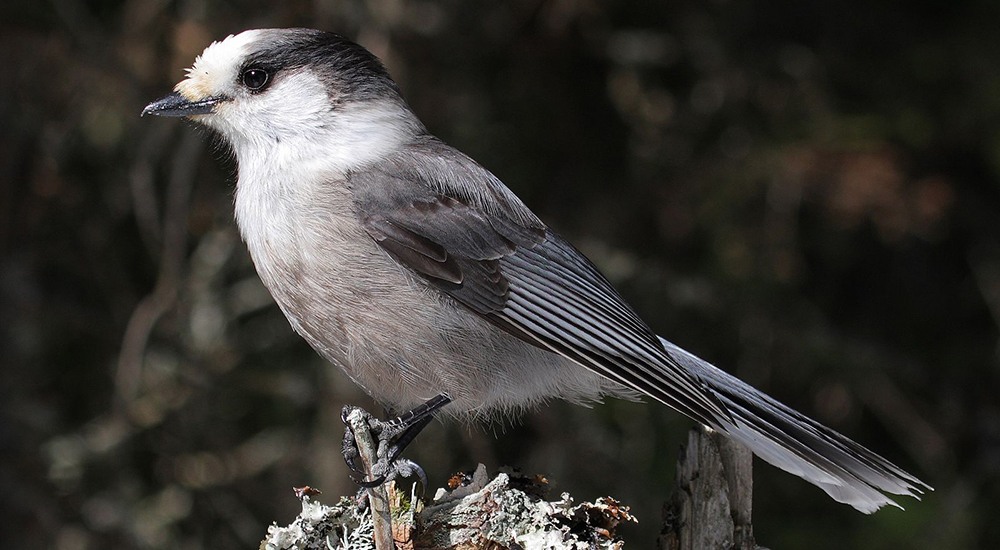 Canada has a new national bird, the gray jay.

The announcement was made by the Royal Canadian Geographical Society (RCGS) after a two-year search that asked people nationwide to vote for their favourite winged wonder.

It’s a perfectly reasonable choice, though Canadians were slightly bewildered to learn of the gray jay’s lofty new title – we already have the common loon, damn it!

Let’s start with the name, which has caused a rift between users of colonial and proximal English. While ‘grey’ is the widely preferred spelling in Britain and Canada, the species perisoreus canadensis is officially known as the “gray jay,” and as such it shall be known. “Gray” is how you’d find it spelled South of the Border.

The RCGS was also quick to address the issue. “We wholeheartedly agree that the Canadian/British spelling of “grey” would be preferable, but this is the species’ official name,” said Nick Walker, managing editor of Canadian Geographic magazine in an email to the Star.

“As a journalistic publication, we must honour proper names of birds and other animals even when they conflict with Canadian spellings.”

The next issue is that those who live in Toronto – aka The Centre of the Universe, and therefore Canada, and also home to the country’s most reactionary social media users – had no idea this bird even existed. Gray jays are found in every province and territory, though usually in boreal forests and subalpine regions, both of which Toronto is not. Many fired up Twitter to complain about never having seen a bird that we’re all of a sudden supposed to accept as a national symbol.

I guess I’m not the only one waking up this morning asking “what’s a gray jay?”

There was also some Electoral College-level nonsense going on in the vote. The loon and snowy owl actually received more votes than the grey jay but were disqualified from the title because they were already provincial symbols in Ontario and Quebec, respectively. Are we about to lose our right to promote the merits of a popular vote?

It could have been much worse, of course.

Fine with the Grey Jay being our bird. This was an online poll in 2016. The fact that it wasn’t Harambe or Birdy McBirdface is a miracle.

So now, let’s get to the cool stuff.

Grey jays are loyal as hell, as they don’t fly south when things get tough. They can even mate in temperatures as low as -30 degrees Celsius. They also represent everything that makes use great as a nation.

Peck wasn’t the only one to rain praise upon the grey jay.

(Let us please take a moment to appreciate these two gentlemen’s surnames in relation to the topic at hand.)

Oh, and they’re kind of dicks, too, feasting mostly on nestling birds.

The next accolade for the bird will be federal recognition. The Canadian government has not appointed the grey jay as our national bird but the Canadian Geographical Society is lobbying for it to become so for Canada’s upcoming 150th birthday.

All said, it’s a pretty sweet bird and we patiently await its appointment on a piece of our currency.

Check out this slow motion video of a grey jay sent in by a listener! The bird could soon become Canada’s national bird. @CanGeo #CanadaBird pic.twitter.com/V4go3YZL1I