There are less than two weeks left until Canadians head to the polls and decide who will be the nation’s next prime minister.

This is possibly the most important election in a generation, and while many Canadians do feel it’s crucial to exercise their democratic right to vote, there are some who don’t feel inclined to vote at all.

They may think their vote doesn’t make a difference, or they may not feel particularly connected to any of the party leaders and their policies. Whatever the reason, we as Canadians must know we cannot take our right to vote for granted.

On October 19, we as citizens collectively hold the power to choose how we want our nation’s future to play out for the next several years. Some Canadians may demand for change, and some may be perfectly content with Canada’s current political leadership. No matter what your person political views are, the important thing to understand is that your one vote really does matter.

While the majority of older Canadians show a consistently high turnout on election day, the same cannot be said for first time voters and younger Canadians.

If every young Canadian voted, the results on election day would be extremely different than how they may turn out in reality. Young Canadians have the power to create enormous political change, but when party leaders and political issues are focused towards the interests of middle age and older Canadians, the younger generation feels that their voice doesn’t matter.

But, younger Canadians, please know your voice does matter. What you envision for Canada’s future is something that should not be ignored. So, take the step and make a commitment to vote.

Here are six engaging and powerful ways you can show that you will be voting on October 19:

1. Create an ‘I Will Vote‘ profile picture 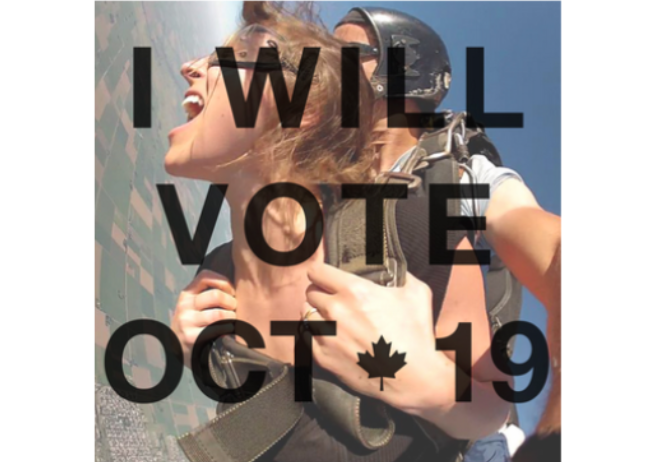 Canadian comedian and television personality Rick Mercer really cares about youth voter engagement. Mercer is encouraging young Canadians to visit Vote Nation – a website where you can make an ‘I Will Vote’ profile picture, which you can post all over social media. When your friends and family see that you have made a commitment to vote, they will be more inclined to vote as well, and social media is a great way to get the message out.

2. Pledge to vote on This Time We Decide 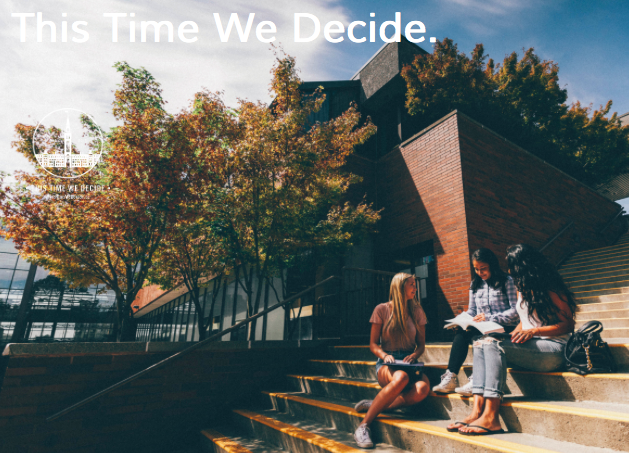 Image: This Time We Decide

If you care about making your voice heard during this election,  pledge to vote on This Time We Decide’s online voting tool. This Time We Decide is a campaign created by the Canadian Federation of Students BC (CFS-BC) to encourage young British Columbians and post-secondary students to head out to the polls on election day. The website also includes information about the voting process and answers many questions first time and returning young voters may have about how, where and when to vote. Check out CFS-BC on Facebook and Twitter for more information about their pledge to vote campaign.

3. Make your vote a work of art with Creative Publics 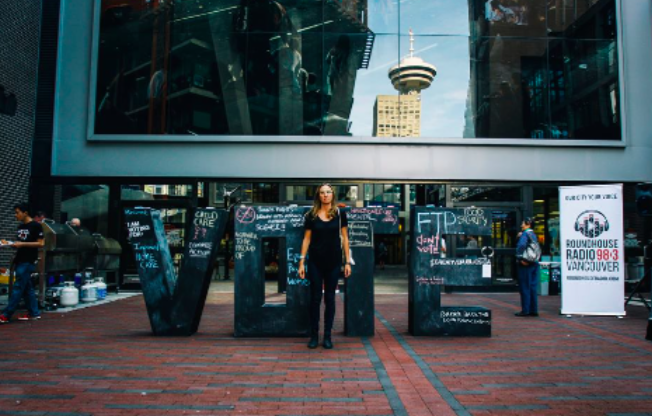 Who says politics has to be bland and dull? Creative Publics is a pop-up voter engagement project that aims to combine creative and artistic expression with political issues that young Canadians care about. Over the past few weeks, Creative Publics held mixed-media workshops around the Burnaby, Surrey and Downtown SFU campuses.

The collages created at the workshops will be mounted together on a VOTE art installation that will be open for public viewing from October 12 to 16 in front of the Belzberg Library at SFU Harbour Centre campus in downtown Vancouver. If you are in the area, be sure to check out the installation and post a few pictures of it onto social media to show others the beauty of voting through artistic expression.

4. Become an environmentally engaged voter with the Dogwood Initiative

The Dogwood Initiative is a non-profit organization aimed at British Columbians so they can “take back decision-making power over their land and water.” The organization works with Canadians of all ages, but commits itself to youth engagement in order to inform young voters about the environmental issues impacting B.C. and Canada at large.

In February 2014, the Fair Elections Act was introduced and made several key changes to the voting process in Canada. Many of these changes impact post secondary students who will be voting away from their home riding. The Fair Elections Act makes it mandatory to have your current home address on your identification, which is something that students living away from home may not have. Right2Vote makes it possible for students to sidestep the Fair Elections Act, so they can vote for their preferred candidate in their home riding, but this can only done on select campuses from now until Thursday, October 8. ‘Like’ them on Facebook to stay in the loop.

6. Still unsure about this whole voting thing? Vote Savvy will have you thinking otherwise