Justin Trudeau has officially been elected as the 23rd Prime Minister of Canada. While the election results reflect that many Canadians wanted change, there will be others who are disappointed with Trudeau as the new leader of our nation.

Whatever your stance is on Trudeau and the Liberals, there is something more much more important that happened during this election.

For the first time in a long time, Canadians appeared to be excited and motivated to exercise their democratic right to vote.

People showed up to the polls with gusto and this created a feeling of pride in contributing to our country’s democratic process. This is something that has been lacking in Canada over the past several years.

In the 2011 election, there was an evident shortage of enthusiasm shown by Canadians. Only 61 per cent of eligible voters in the country made an effort to head to the polls and cast their ballots.

Moreover, there was no spirited build up to the last election. Although the NDP’s success in 2011 was a spark that invigorated many Canadians, there was still a lackluster turn out at the polls.

But this time around, things were different. Preliminary results indicate that 68 per cent of eligible voters showed up at the polls to vote. This is a significant increase from 2011 and it highlights that Canadians actually cared about this election.

Moreover, young Canadians appeared to be more inspired and passionate about voting. Youth were vocal about Canada’s current state of leadership this could be seen all over social media and through organized movements such as LeadNow, the Dogwood Initiative and the Canadian Federation of Students-BC (CFBC).

For anyone who thought that young Canadians were apathetic and didn’t care about democracy, they were certainly wrong, because youth were a force to reckon with during this campaign.

Canadians from all walks of life took the time to show up at the polls and actively participated in a democratic process that is often taken for granted.

Took my grandma who lived under 4 different dictators in Iran to vote. This is why we love Canada. #elxn42 #cdnpoIi pic.twitter.com/CN58u7yQ01

Inspired by @UnAlison I voted today. Can’t remember the last time I did. Your voice matters. #Elxn42 pic.twitter.com/H5PTcWWad9

In Canada, we are privileged to walk to our nearest polling station on Election Day and mark our ballots. It may seem like miniscule act when you cross that ‘X’ next to the candidate’s name on that small piece of paper, but it isn’t.

There are so many places in the world where people are fighting for this democratic privilege every single day and this often goes unrecognized.

Death is a daily reoccurrence in conflict zones where there is constant political turbulence in the struggle to establish a democratic state.

According to Freedom House, Canada is considered one of the freest nations in the world and our democratic system is surely something that contributes to this status. 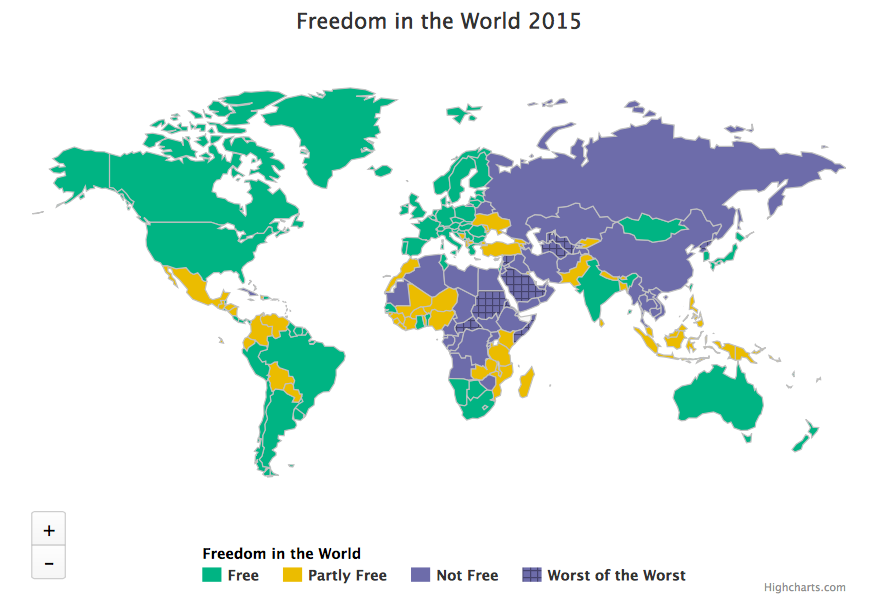 While waiting at the polls on Monday, it occurred to me that the small act of placing my vote in the ballot box was the main reason that so many people want to live in this great country. Many people immigrate to Canada just so they can take part in a fair election process.

Canada is one of the few nations where citizens do not have to worry about the fight for democratic freedom. We cannot disregard the fact that we are extremely lucky to enjoy the rights that many would die for.

Seeing people vote on Monday reflected the appreciation that Canadians have for their democratic rights and we should all be proud of that.

This election was about so much more than who won. It was about Canadians coming together to show that democracy is something that is indispensable.