South Surrey – Delta is comprised of parts of the Fleetwood—Port Kells, Newton—North Delta, and South Surrey—White Rock—Cloverdale ridings. The traditionally Conservative area has been seeing tight race in the polls between Conservative candidate and Surrey Mayor Dianne Lynn Watts and Liberal candidate Judith Higginbotham. Watts got some negative press after a pamphlet was distributed by her office discussed “Fighting Jihadi Terrorist At Home and Aborad,” which she has since defended. 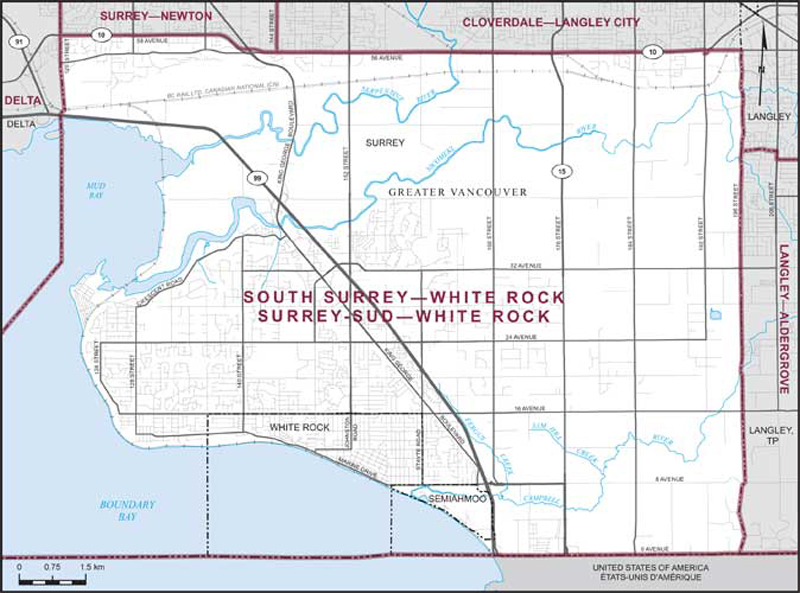 9:50 p.m. – As of now the projected winner for the riding is Dianne Lynn Watts of the Conservative Party.