Welcome to Vancity Buzz’s Election 2015 coverage for Metro Vancouver. Refresh this post on October 19 for up-to-date information for the Burnaby North-Seymour riding.

The Burnaby North-Seymour electoral district is home to a population of more than 100,000 people and is a fairly new riding – it was created in 2012. This year will be the first year it comes into effect for a federal election. As such, the riding isn’t represented in the House of Commons yet.

Here’s a map of the district: 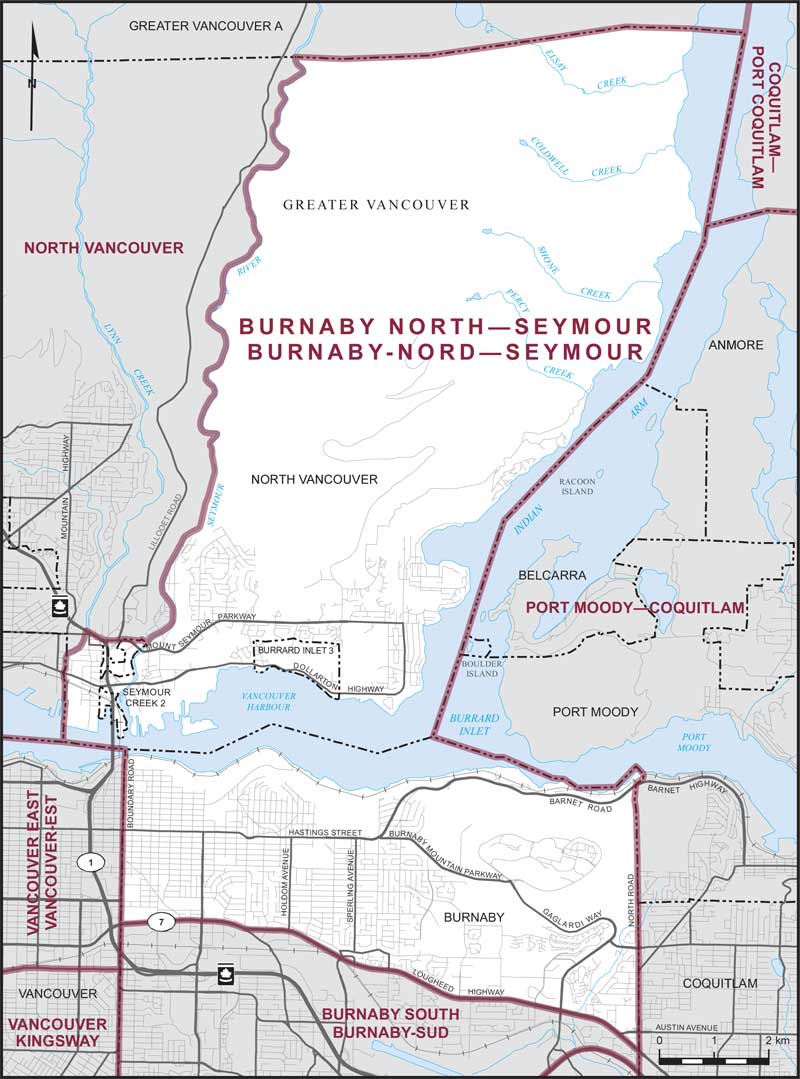