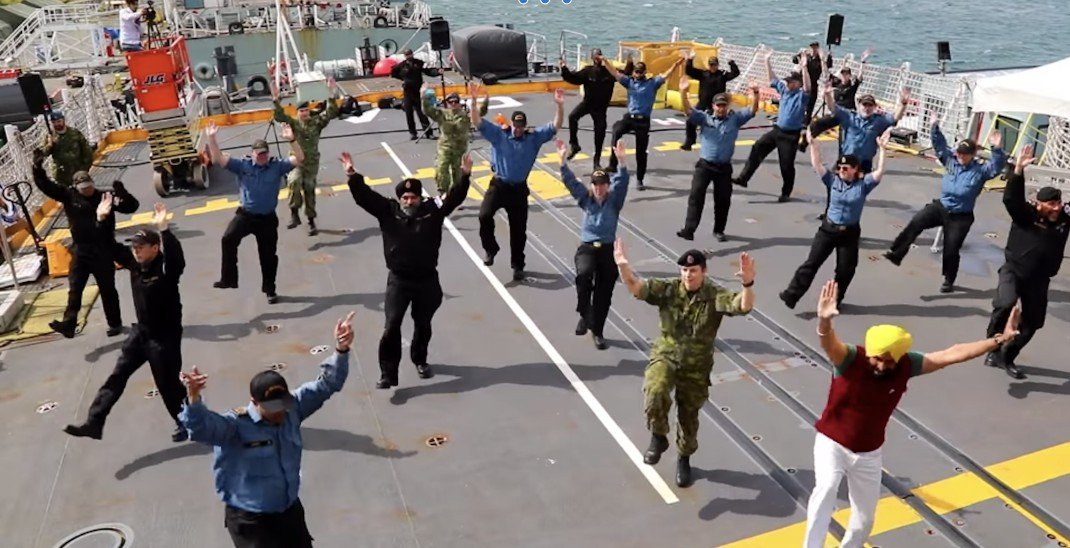 The brave members of the Canadian Armed Forces courageously serve our country, but it turns out they can also serve some serious bhangra moves on the dance floor.

Yukon-based bhangra instructor Gurdeep Pandher joined with the Canadian Armed Forces for an epic bhangra dance session, which has been shared on social media over 180,000 times.

The video was filmed at the Canadian Forces base in Victoria, BC and the group caught on to the traditional Punjabi folk dance pretty quickly.

“We tried to include soldiers of minority communities in CAF, women, and others who are less represented to show how wonderful our forces are,” Pandher told Daily Hive.

“The video shows the beautiful side of Canadian multiculturalism.”