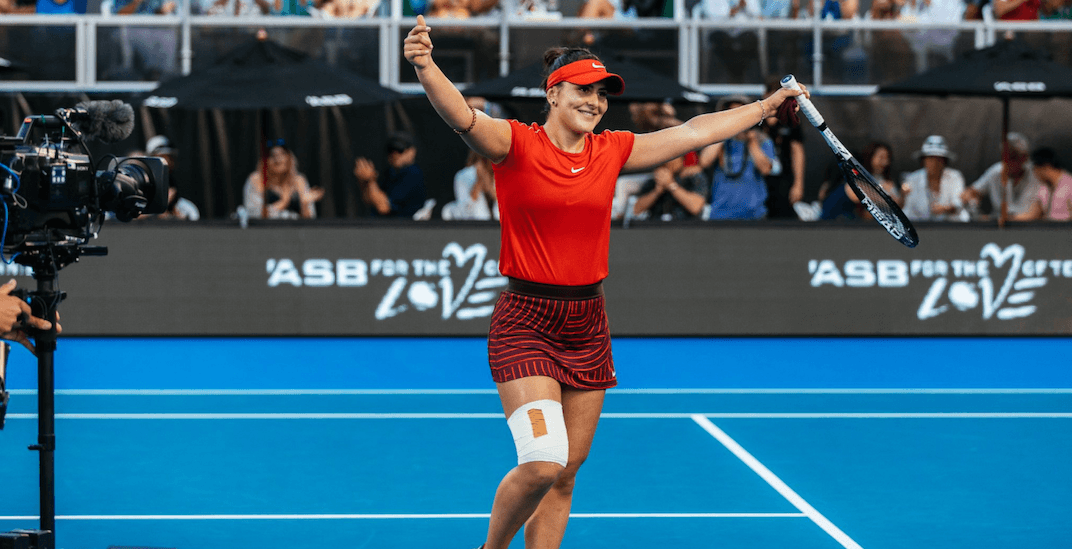 If you don’t already know the name Bianca Andreescu, it’s probably time to learn it.

The 18-year-old Canadian tennis player came out of nowhere last week to make it to the final of the ASB Classic in New Zealand, taking a set off 14th-ranked Julia Goerges of Germany before eventually bowing out (2-6, 7-5, 6-1).

Andreescu, who had to win her way into the tournament as a qualifier, had a marvellous week in Auckland. Ranked 152nd in the world, the Mississauga teenager beat Timea Babos (world No. 65), Caroline Wozniacki (No. 3), Venus Williams (No. 37), and Su-Wei Hsieh (No. 28) to reach the final.

She takes out top seed Wozniacki 6-4, 6-4 in Auckland @ASB_Classic ! pic.twitter.com/cvFhuipSwA

For her efforts, Andreescu earned $21,400 in prize money and moved up 45 spots on the WTA world rankings, now sitting 107th on tour.

Despite losing to Goerges in the quarter-final, fellow Canadian Genie Bouchard also had a good week in Auckland, winning her first doubles title with partner Sofia Kenin. Bouchard remains the top-ranked Canadian female singles tennis player, for now anyway, at No. 79.

This week has been a dream. Thank you to everyone who supported me and made it so memorable. Means the world. See you next year💖 pic.twitter.com/2TvddGgRG9

“I’ve had an amazing week, beaten a lot of top players and I’m really proud of myself,” Andreescu said following the final. “My game evolved from the first match I played here ’til the end and hopefully I can bring that into my next couple of tournaments.”

Andreescu will try to keep this dream start to 2019 going, as she begins qualifying for the Australian Open tomorrow.