The 25-year-old Victoria native and his teammates on Canada’s Men’s National Soccer Team are set to face Honduras in a crucial 2018 FIFA World Cup Russia™ Qualifier on November 13th at BC Place.

Currently playing for Fredrikstad in the Norwegian First Division, Straith has become a regular starter for the Canadian squad under head coach Benito Floro, making 30 appearances for his country. The defender was also one of the standout performers in Canada’s recent international friendly with Ghana, where Floro’s side earned an impressive 1:1 draw with the African Cup runners up.

For Straith, there’s one ultimate goal, and that is to represent Canada at the FIFA World Cup. November’s match against Honduras represents the next step towards attaining that coveted spot on the world’s biggest stage.

Born in Surrey and raised in Victoria, Straith has strong ties to much of the province. With family in Vancouver and in the interior, he’s sure to have a lot of support when the Red’s step on to the pitch at BC Place to take on rivals Honduras.

Growing up in BC, Straith was surrounded by sports from an early age – his father was a competitive Rugby player who played for Western Canada at an elite level –  however it was actually his mother who introduced him to the game that would capture his heart.

“My mom played soccer and she coached my older brother’s team when I was five,” said Straith. “She would take me to his practices, and that’s where I was first introduced to the sport.”

In a career that has seen him play mostly in Europe, his fondest memory remains with the Canadian team.

“My favourite soccer memory is definitely my first game with the Canadian team against Argentina in 2010,” he said. “It’s one I will never forget. I came on for Richard Hastings who went down in the 75th minute, and Stephen Hart (then Canadian head coach) looked at me and said ‘You’re going in!’ My eyes were wide open but as Hastings came off he looked at me and said: ‘you’re welcome mate.’  And I’ll never forget that!”

Canada is looking to recreate the environment Straith experienced in Argentina, when he stepped on to the pitch for Canada in front of 66,000 fans at Estadio River Plate in Buenos Aires. Fan support will be a key factor as Canada takes on Honduras in just ten days time, and Straith is confident Canadian fans will come out and be the 12th man Canada needs to take their FIFA World Cup qualifying bid to the next level. 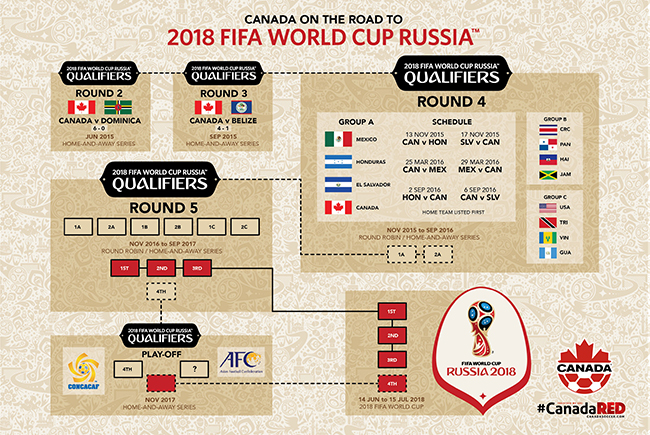