The figures are based on the nation’s population as of July 1, 2013 and the rate of increase closely follows the average annual gains of 1.1 per cent over the past 30 years. 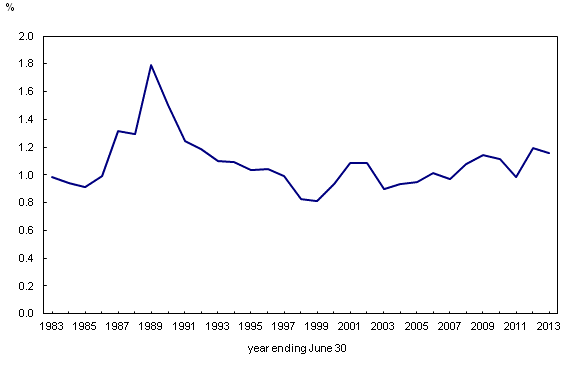 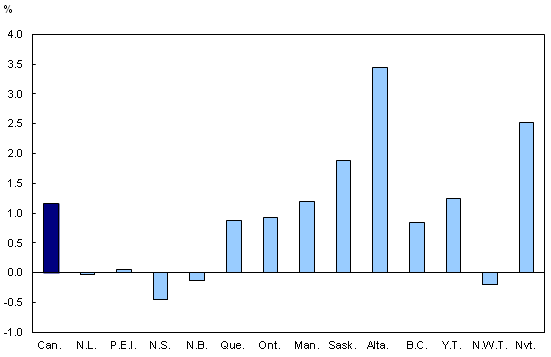 75 per cent of Canadians live in B.C., Ontario and Quebec

In the last 30 years, the populations of the Prairie provinces and British Columbia combined have grown substantially (+39.5%), while the Atlantic provinces have seen their populations edge up 3.5 per cent. By comparison, Canada’s population increased by 32.4 per cent during this period.

In turn, the population of Ontario grew almost twice as rapidly (+39.8%) as that of Quebec (+21.0%) during this period. Among the provinces, Alberta has recorded the strongest growth since 1983, with an increase of 50.8 per cent. Population growth in the territories was 43.5 per cent for the same period. 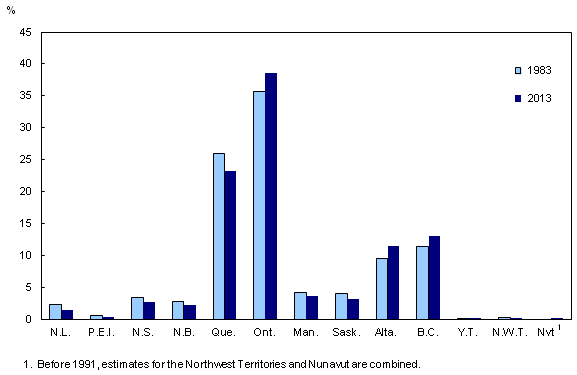 Provincial differences in the intensity of the population growth in the past 30 years can be attributed to several factors. For example, interprovincial migration was generally more favourable to the Western provinces and less favourable to the Atlantic provinces.

Natural increase was generally higher in the Prairie provinces and in the territories and lower in the Atlantic provinces. Finally, a greater influx of international migrants was observed in Ontario and British Columbia.