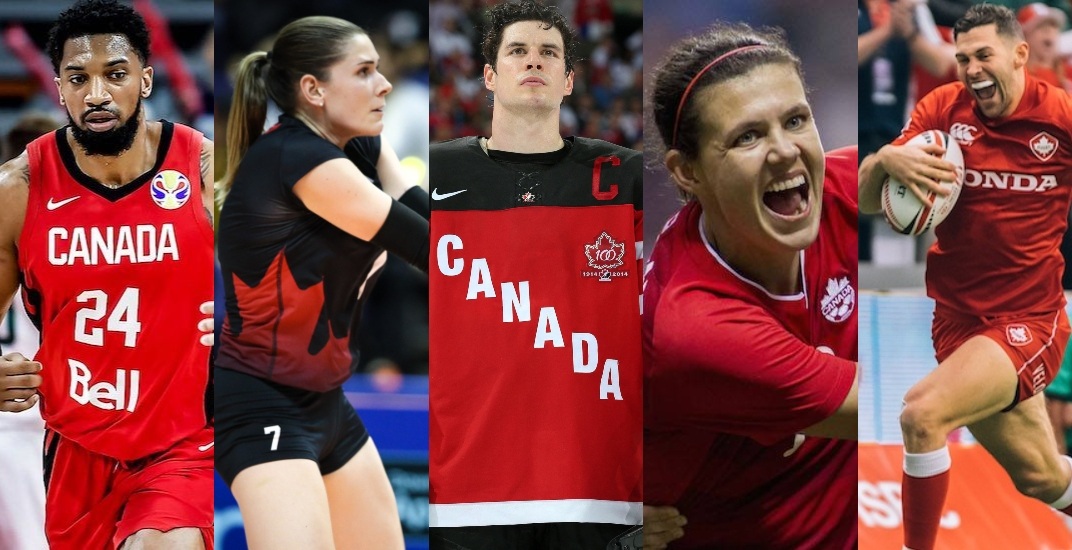 Two of the most popular sports in the world updated their world rankings today.

Despite recent disappointments in both soccer and basketball on the men’s side, Canada rose in both the FIFA and FIBA world rankings.

Canada moved up three spots to 75th in the world in men’s soccer, placing them behind countries like Bolivia, El Salvador, and Guinea, and ahead of Curacao, Panama, and Cape Verde Islands.

In men’s basketball, Canada rose two spots to 21st in the world — which is the same position they finished at the recently completed World Cup. Canada ranks behind Germany, Dominican Republic, and Venezuela, but ahead of Iran, Nigeria, and New Zealand. Of course, if Canada could ever get their top NBA players on board with the national program, they would skyrocket up the rankings.

This got us thinking — how does Canada stack up in other sports?

So we went to work, diving into major sport federations to find their latest world rankings. Specifically, we looked at team sports that are included in the Olympics, with a few exceptions.

We added rugby union (which hasn’t been included in the Olympics since 1924), because of the global popularity of the sport. We tried to find Canada’s ranking in cricket — but alas, we’re not relevant enough in that sport (yet). Same goes for handball, for which Canada has not competed in the sport at the Olympics since Montreal in 1976, when we were given an automatic berth as the host country.

Baseball is making its return to the Olympics in 2020, but only as a men’s sport. Softball is doing the same, but only as a women’s sport. Yet, both men and women play baseball and softball, and there are world rankings for each (Canada excels at men’s softball and women’s baseball, go figure).

Tennis isn’t really a team sport in the Olympics, but Davis Cup and Fed Cup competitions have world rankings, so we included it.

Here’s how Canada stacks up in the world rankings of these 12 sports:

Not surprisingly, Canada ranks favourably in hockey — first in men’s hockey and second to USA on the women’s side according to the latest IIHF rankings. Curling, duh, is also something we know how to play pretty well — ranking third (men’s) and second (women’s), respectively.