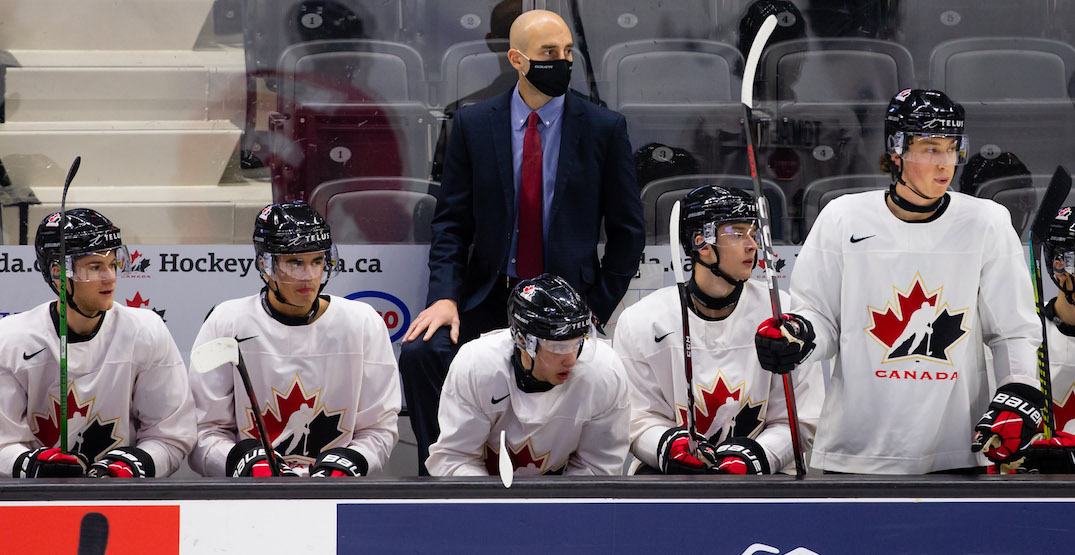 Hockey Canada isn’t taking any chances after two of its players tested positive for COVID-19 on Monday.

All training camp activities will be put on hold for two weeks, Hockey Canada announced, as all players, coaches, and staff will quarantine for 14 days.

“Hockey Canada will continue to abide by all protocols and guidelines set forth by the Government of Alberta and Alberta Health Services, as it is not exempt from Order 05-2020, and will put a pause on all camp activities until the quarantine period is complete.”

Selection camp began on November 16 in Red Deer, Alberta, with players arriving from all over the country. The team was to be considered a cohort for the four-week camp, with regular testing while operating in a bubble at the rink and the team hotel.

On Saturday, Hockey Canada announced that a “non-core member” of their National Junior Team staff tested positive for COVID-19. That staff member, along with “a number of colleagues” who were in close contact, had to quarantine because of it.

But after two more positive tests were discovered on Monday, the decision was made to stop camp and quarantine everyone immediately.

“As per Hockey Canada’s safety protocols, all players, coaches and staff members will go through additional testing before resuming any camp activities,” added Salmond. “We remain in constant communication with the appropriate health authorities, and we appreciate and thank Alberta Health Services for its dedication to ensuring the health and safety of our players, staff and the community at large.”

Selection camp is longer this year because most junior leagues aren’t playing games yet due to the pandemic. The World Junior Championship is set to begin on Christmas Day in Edmonton, with the tournament utilizing the same bubble concept that was successful for the NHL at Rogers Place and neighbouring hotels this past summer.