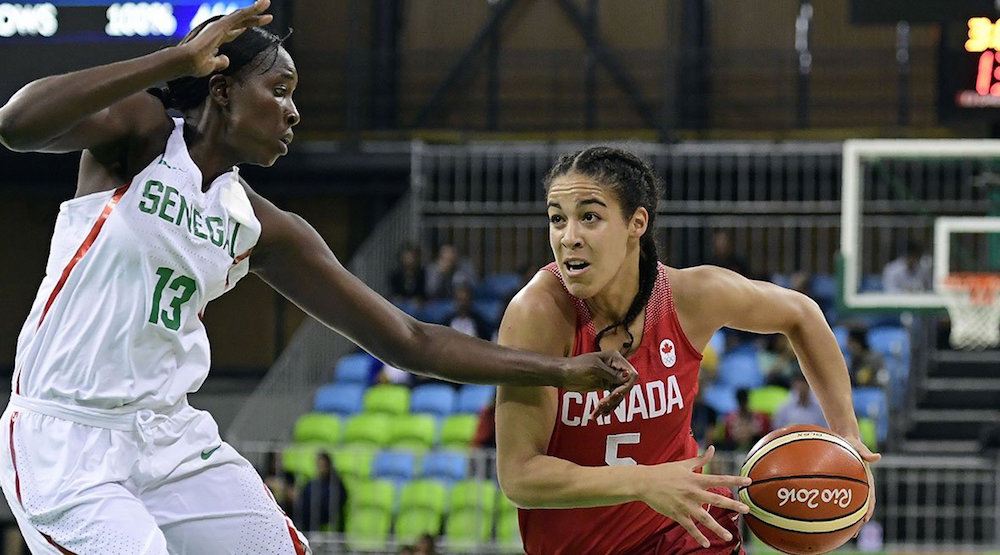 Canada has won again in women’s basketball, defeating Senegal 68-58 to improve their record to 3-0 at Rio 2016. The win clinches a spot in the quarter-final for the second straight Olympics.

Kia Nurse led the way again for the second straight game, dropping a team-high 14 points. Tamara Tatham was second on the team with 13 points.

Tamara Tatham with the trey, and the bench loves it. #CAN leads 55-41 over #SEN heading into the 4th quarter https://t.co/H2aI4L5Jeb

After being blown out in their first two games against USA and China, Senegal was a scrappy bunch in this one. They trailed by 14 points going into the fourth quarter, but narrowed Canada’s lead to six points with 5:15 left in the fourth quarter, much to the delight of the pro-Senegal crowd.

Ultimately, Canada’s talent shined through for the victory.

“Senegal’s a tough team to play, we anticipated that coming in. They were going to give us some difficulty with their physicality and athleticism so we’re happy to come out with the win,” said Canadian head coach Lisa Thomaidis.

“At the end of the day, it’s great to be 3-0 at the Olympic Games. I think we have a lot that we can improve upon after that game,” said Team Canada guard Kim Gaucher.

Canada is tied for first in Group B with the United States, followed by Spain (2-1), China (1-2), Serbia (0-3), and Senegal (0-3). The top-four teams advance, with higher positioning being rewarded with an easier quarter-final matchup against a team from Group A.

The Canadians have two games remaining in the preliminary round, both tough tests against USA and Spain. Their next game is on Friday against the world #1-ranked Americans.