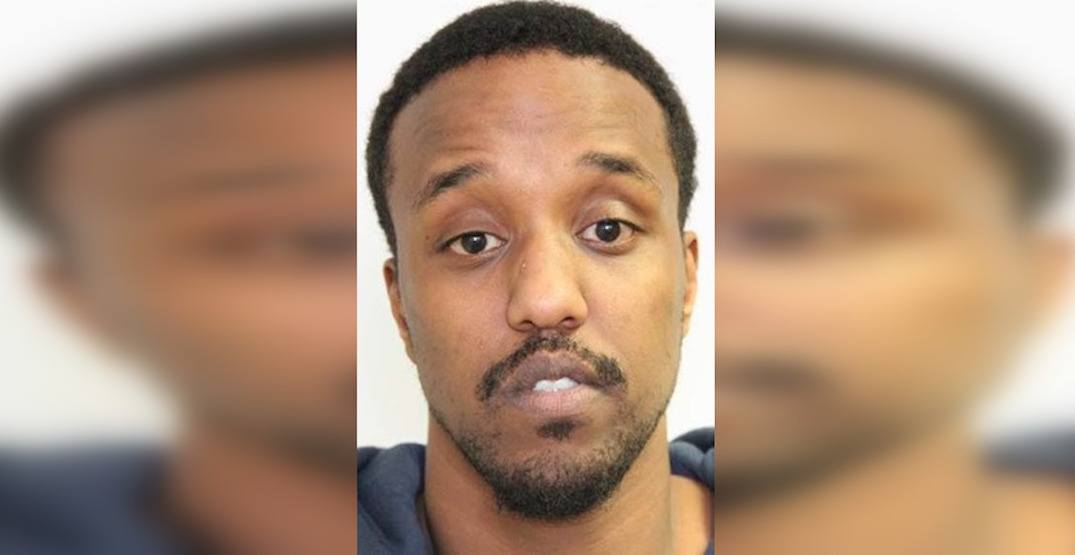 A Canada-wide warrant has been issued for the arrest of a first-degree murder suspect.

The Edmonton Police Service issued a release just after 9 am MT on Monday, June 10, stating that 29-year-old Amin Yussuf is wanted in connection to the March 24 shooting death of 26-year-old Abubeker Gemechu Abduraman.

The release states that Yussuf is wanted on counts of first-degree murder, attempted murder using a firearm, and unauthorized possession of a firearm.

Police note that Yussuf is considered to be “armed and dangerous,” and should not be approached.

The suspect also goes by aliases that include Abdirizak Yussuf, Craig Yussuf, Mohemed Yussuf, Mohemed Mohamed, and Mohammed Farrah, and the release stated that he has connections throughout Northern Alberta, Saskatchewan, Ontario, and the North West Territories.

He is described as a black male with brown eyes and black hair, standing 6′ tall and weighing around 180 lbs.

Anyone with information on Yussuf’s whereabouts is asked to contact the Edmonton Police Service at 780-423-4567 or to leave an anonymous tip through Crime Stoppers by calling 1-800-222-8477 or by visiting their website.