Now that the preliminary round is behind us and the real games are about to begin, Team Canada is facing a small bump in the road called Team Latvia in quarterfinal action (Wednesday at 9am PST on CBC). Can the Canadians break through offensively against an inferior opponent? And will we still be questioning Sidney Crosby when it’s all said and done? This is Canada so yes, we will.

In their final round robin game of the Olympics, Canada faced Finland, its only real competition in the group (and my [pre Alexander Barkov injury] choice for the Gold Medal).

Rick Nash apparently got the Canadians on the board first, but it was ruled no-goal as the puck was jarred loose with a stick (debatable) while it lay on top of the net which technically meant it was put in with a high stick. Canada did legitimately gain the lead on a power play a little bit later thanks to Drew Doughty, who really seems to enjoy playing for Mike Babcock. Like, really enjoys playing for Mike Babcock.

Finland would tie the game up in the second however after Tuomo Ruutu tipped a point shot past Carey Price. The third period solved nothing and the teams went to overtime where Doughty decided he wanted all the attention again (pfft. typical) and shot the winner past Tuuka Rask.

The win clinched first place in the group and a date against Team Latvia, who somehow beat Switzerland on Tuesday.

Despite losing all three of their preliminary round games, Team Latvia somehow managed to pull of the impossible and defeated Team Switzerland by a score of 3-1. The Swiss, who hadn’t surrendered more than one goal the entire tournament, chose their qualifying game against Latvia to open the flood gates which probably wasn’t the best idea. Also not the best idea: Former Latvian (and Vancouver Canuck) goalie Artus Irbe’s old bucket: 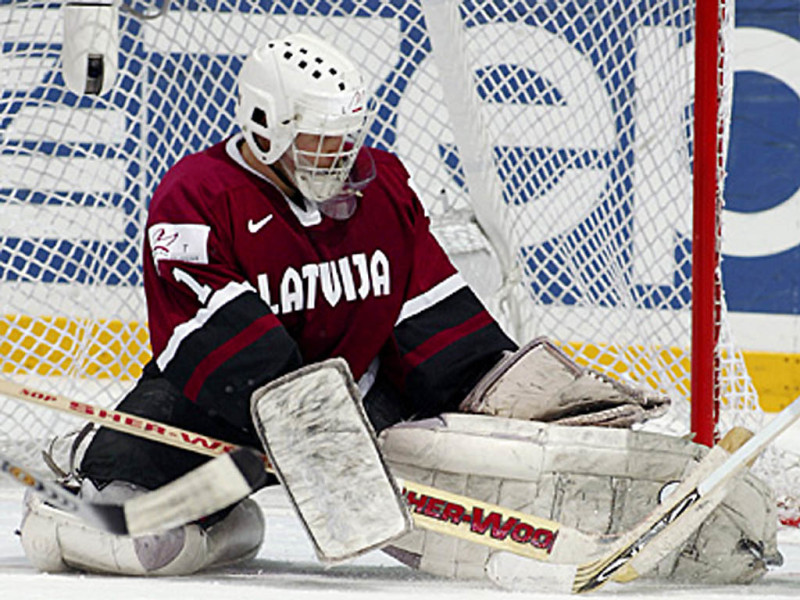 For a more comprehensive and less insensitive look at Latvia, be sure to check out our own Rob the Hockey Guy’s Team Latvia preview from last November.

Latvia has only one NHL player, Zemgus Girgensons of the Buffalo Sabres. They also have an NHL coach, Canadian-born Ted Nolan, who coached the team when they qualified for the Olympics last year. They also have a handful of former NHL players, including their 41-year-old captain, Sandis Ozolinsh (more on him later).

According the the lines at practice, Chris Kunitz is somehow still a part of this team and PK Subban isn’t. Carey Price gets the start for Team Canada. Here’s how the lines should look: 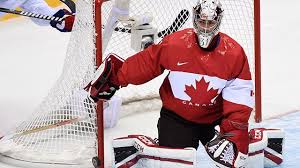 Whether you agree with him starting or not, it seems that Price is here to stay as the goalie for Team Canada. The pressure on Price will be immense moving forward but maybe not so much against Latvia. With Luongo sitting on the bench, Carey Price can’t afford to have a bad game (if that’s possible) against the Latvians. 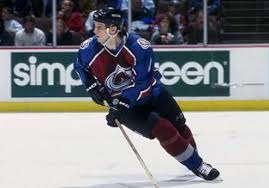 I want to keep an eye on Ozolinsh only because I had no idea he was still playing competitive hockey and want to re-live a bit of my childhood. There is nothing better than recognizing a player that you thought had long disappeared (the “Petr Nedved phenomena” if you will) but somehow turns up at the Olympic Games. Ozolinsh was a real good player for the Colorado Avalanche back in the day but it might be a tad depressing seeing him get dominated by Team Canada. 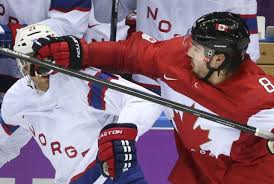 Fans of the Los Angeles Kings must be pulling their hair out at this point. The Kings have been on an epic slide for a couple of months (see Canuck fans, even contenders go through rough patches) and could use a little bit of Team Canada Drew Doughty right now. As for the task at hand, Doughty needs to continue to push the offence from the back end because the forwards are having a few issues at the moments.

Canada is going to win. By a lot. Because if they don’t we’ll all freak out again.