We did it! According the 2014 Chicago Council Survey of American Public Opinion and US Foreign Policy a group of 2,108 Americans have put Canada atop the list of countries they feel most positive about.

Unsurprisingly, countries that were connected with military operations occupied the bottom end of the scale, with Iraq and Iran scoring 31 and 27 respectively, while North Korea brought up the rear with a score of 23.

The majority of countries were clustered around 50 on the scale, with Turkey being the sole country to score an exact 50 on the scale. Many of these countries have a lower profile than the world powerhouses that occupy the high and low ends of the spectrum, meaning those polled likely didn’t have enough knowledge of the country to make a statement on their likeability. 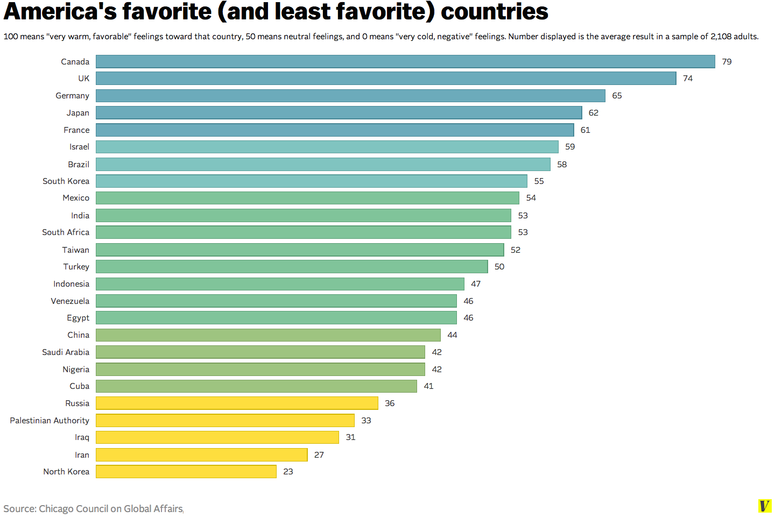 While they didn’t specifically name it as a factor, Canada’s high rating may have something to do with our delicious cuisine.