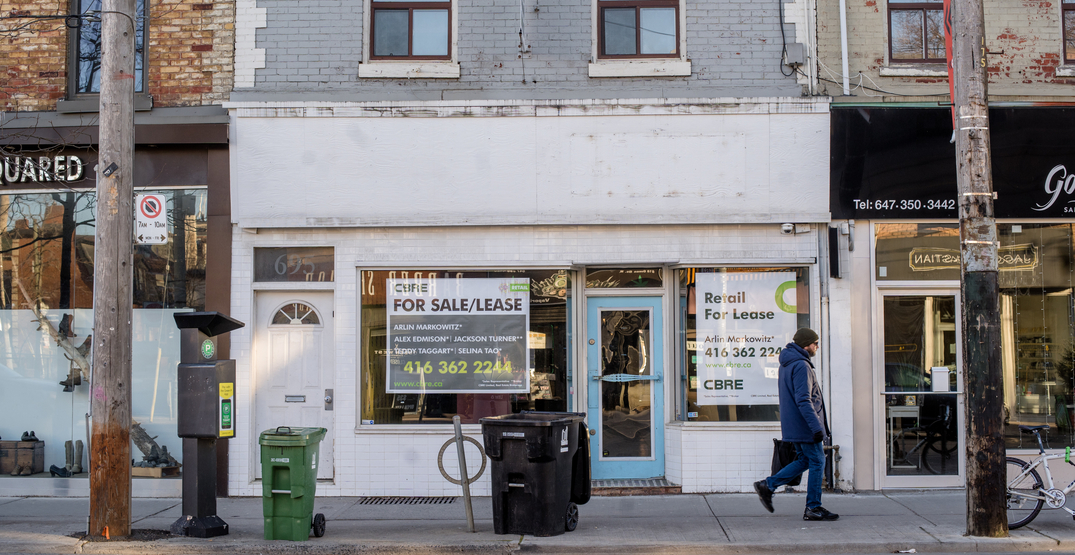 Based on a recent survey of its members, the Canadian Federation of Independent Business (CFIB) estimates that 181,000 small businesses owners across the country are “seriously contemplating” permanently closing.

This puts more than 2.4 million private-sector jobs in jeopardy.

Depending on how the next few months of the pandemic unfold, the CFIB said the number of businesses facing closure could be as low as 71,000, or as high as 222,000.

And this is on top of those that have already closed, according to the CFIB.

“Although there is still time for business owners to reverse course if conditions improve, it is alarming to see an increasing number considering permanent closure,” said Simon Gaudreault, the Senior Director of National Research at the CFIB, in a release.

“We are not headed in the right direction and each week that passes without improvement on the business front pushes more owners to make that final decision. The more businesses that disappear, the more jobs we will lose and the harder it will be for the economy to recover.”

According to the CFIB, hospitality businesses, as well as those in the arts and recreation industry, face the highest risk of permanently shutting down.

In both sectors, approximately one in three businesses are “actively considering” closure.

At the current pace, it will take 13 months for arts and rec businesses to recover, and eight years for the hospitality industry.

As of January 21, the CFIB’s Small Business Recovery Dashboard shows that only 47% of Canadian small businesses are fully open. Only 36% are fully staffed, and just 22% reported that they were making normal sales.

The numbers are even lower for provinces that are facing lockdown restrictions.

In Ontario, 37% of businesses are fully open – the smallest percentage across the country – and 32% are fully staffed. Only 18% reported normal sales.

“2021 isn’t off to a great start for small business. After the tough financial and emotional slog to get through a historically difficult year, the beginning of 2021 feels more like the fifth quarter of 2020 than a new year,” said Laura Jones, the CFIB’s executive vice president.

“It goes without saying that supporting local is more important than ever.”