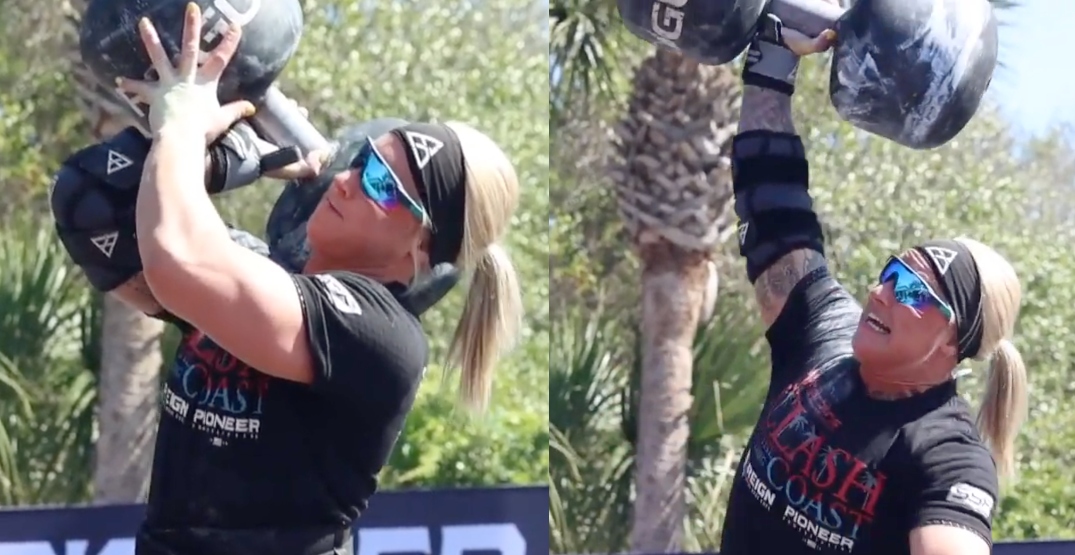 Do you even lift?

Bet you can’t lift as much as Samantha Belliveau.

The 29-year-old from New Brunswick made history over the weekend in Hilton Head, South Carolina.

Belliveau raised a 183.4-pound dumbbell over her head with one arm during the 2022 Clash on the Coast strongwoman competition, setting a new world record.

In a chat with Daily Hive, Belliveau confirmed that she lifted the heaviest dumbbell ever lifted by a woman. Making the accomplishment that much more impressive is the fact that she did it in the middleweight division.

After accomplishing the feat, Belliveau screamed with delight, unable to contain her excitement.

“It meant so much,” Belliveau told Daily Hive. “Sometimes an accomplishment like this can be exactly what you need as an athlete. We work so hard every day on our lifestyles, it’s humbling to see it all unfold in success.

“I got injured a year ago, and to come back from it and prove to myself I belong on the international stage was exactly what I needed to fuel my hunger for more.”

While going for the Canadian axle clean and press record last year, Belliveau dropped 250 pounds of weight on her femur/hip area. Though she didn’t break any bones, she did suffer sprains and vertebrae shifts, which required many months of rehab.

“I could barely walk for months and had to rebuild everything.”

Belliveau moved to Ontario three years ago to be with her partner Maxime Boudreault — who is also an accomplished weightlifter. The power couple opened a gym together in Thunder Bay during the pandemic.