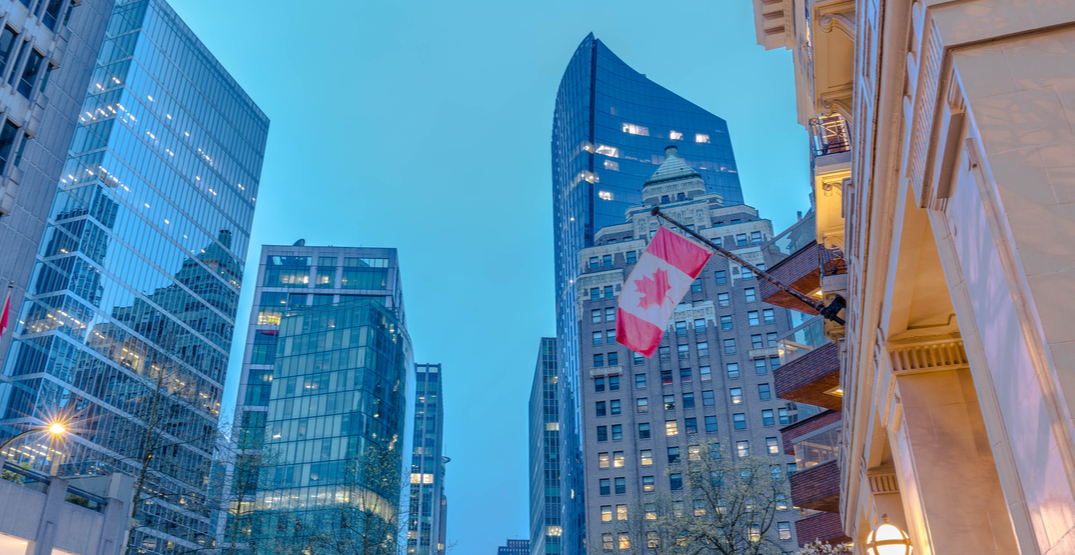 A recent study has found that Canada has overtaken the United States as the top destination in the world to relocate for work.

Conducted by the Boston Consulting Group (BCG), The Network, and Appcast, the findings are from part one of the 2021 “Decoding Global Talent” report. It’s the first of three studies that will explore how COVID-19 has impacted global attitudes and preferences around working abroad and includes 209,000 respondents from 190 different countries.

It’s also the third study from the company on workforce trends, following previously published reports from 2014 and 2018.

The report found that since the first survey was conducted in 2014, the number of respondents willing to work abroad has dropped from two-thirds to 50% — a drop connected to nationalistic immigration policies as well as the pandemic.

One of the biggest findings, however, was that Canada had overtaken the United States as the top destination for workers — a shift caused by a poor pandemic response and recent events in the US.

“Hurt by an inconsistent pandemic response, the adoption of more nationalistic policies, and social unrest, the US has fallen to second in the rankings, behind Canada and basically in a tie with Australia,” reads the study. 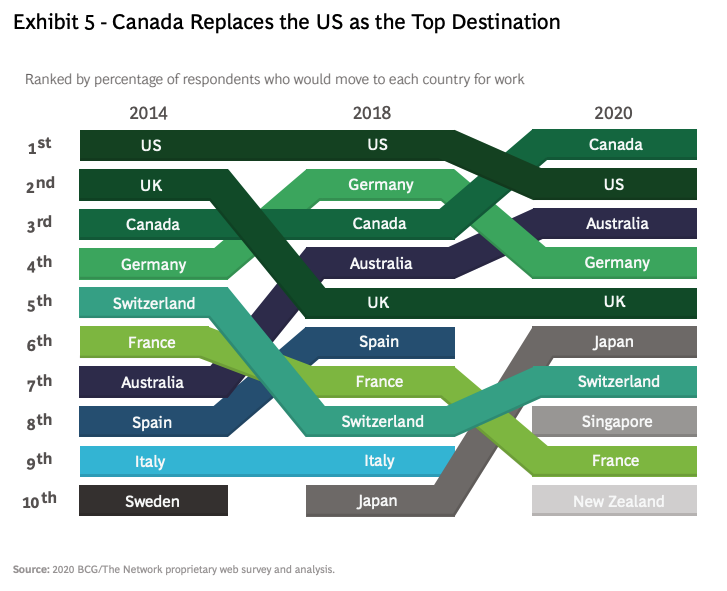 Factors that drive Canada up include doing “a far better job of pandemic management,” “better social systems,” and “more open cultures than the US.”

“The reputation Canada has built for itself is evident in its broad appeal,” the report adds. “The country is the number-one work destination for many of the types of people that countries prize, including those with master’s or PhD degrees, those with
digital training or expertise, and those younger than 30.”

But while Canada trumped as the world’s top country for work destinations, the list of top 10 cities didn’t include any Canadian locations.