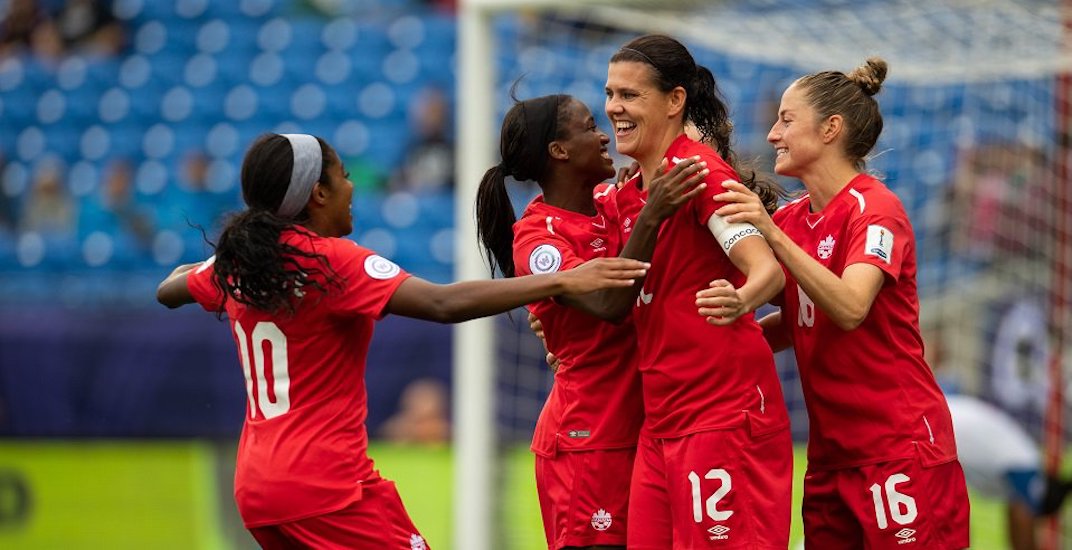 Canada has qualified for the 2019 FIFA Women’s World Cup, doing so emphatically in Frisco, Texas. Led by captain Christine Sinclair, who had two goals, Canada put the boots to Panama in the CONCACAF Women’s Championship semi-final, winning by a score of 7-0.

Despite the lopsided scoreline, it took 44 minutes before Sinclair scored the opening goal of the match. The floodgates opened in the second half, with Jessie Fleming and Sinclair potting a goal each in the first five minutes.

Seventeen countries have already qualified for next year’s World Cup, taking place in nine cities in France. Twenty-four teams will compete for the title of ‘world champion’ in the month-long tournament, beginning June 7.

“I’m very happy for this team. For us, qualifying that’s the only thing we talked about getting here, that was for us to qualify,” said new Canadian National Team head coach Kenneth Heiner-Moller. “Right now, everyone needs to decompress a little bit. We’ve qualified so now we need to set a new goal.”

Canada has qualified for every Women’s World Cup since missing out on the inaugural tournament in 1991. Canada reached the quarter-finals as host country at the last World Cup in 2015. Our country’s best result was a fourth-place finish in 2003.

At age 35, Sinclair is still an important player for Canada. One of the greatest female players of all-time, her 177 international goals rank behind only Abby Wambach (184) of the United States.

We may have qualified for next summer's @FIFAWWC France 2019, but the Concacaf Women's Championship is not over.

Canada, ranked fifth in the world, will try to beat the world No. 1 Americans in Wednesday’s final for the first time since Sinclair was a teenager.