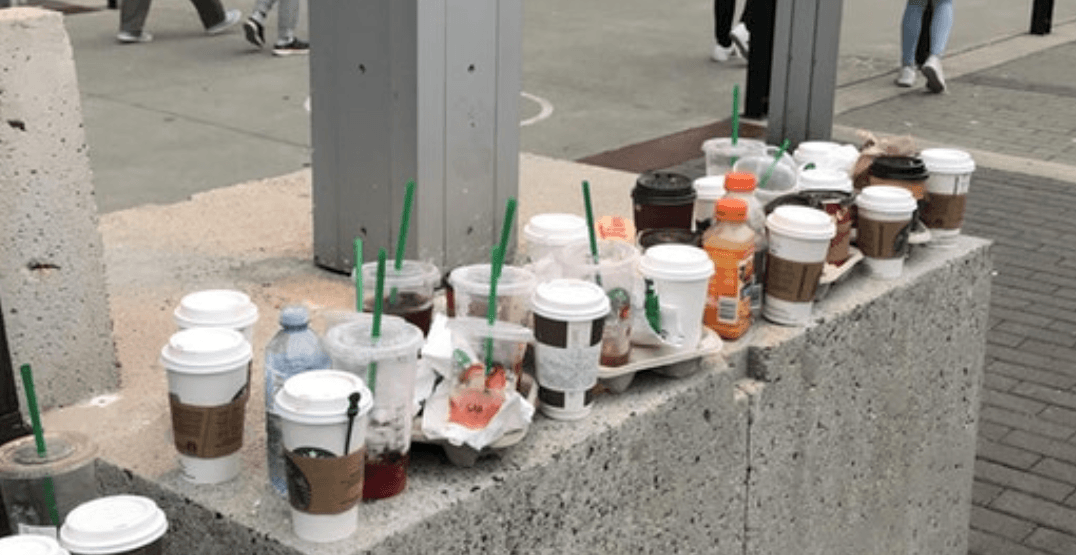 A concrete block at Canada Place has become a graveyard for empty Starbucks cups.

A recent post on Reddit shows the exact spot where Starbucks cups in Vancouver go to die.

Step up your game, Vancouver 🙁 from r/onecupnogirl

While it’s not clear who was responsible for the cup chaos, one Redditor suggested that it could be those early-bird Aritiza warehouse sale shoppers who were lining up for the sale a few days ago.

And if you think about it, it does make sense. The cups were found in front of the Mahoney and Sons location at Canada Place, and the line up for the sale reached that exact spot.

Look at the hoards of people in front of the yellow umbrellas: 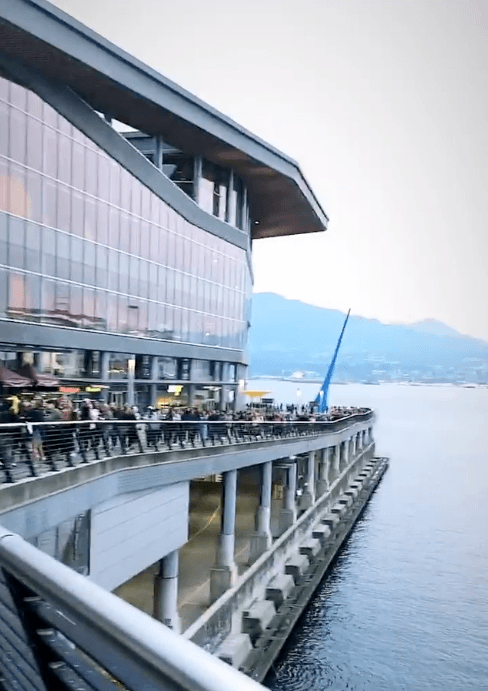 Of course, this is all just speculation. The cups could have come from a tourist group or a bunch of people who just couldn’t find the garbage can (even though there are plenty of trash bins placed around Canada Place).

But it’s really no secret that Artizia and Starbucks do go hand in hand. We’ll leave you to piece this mystery together.