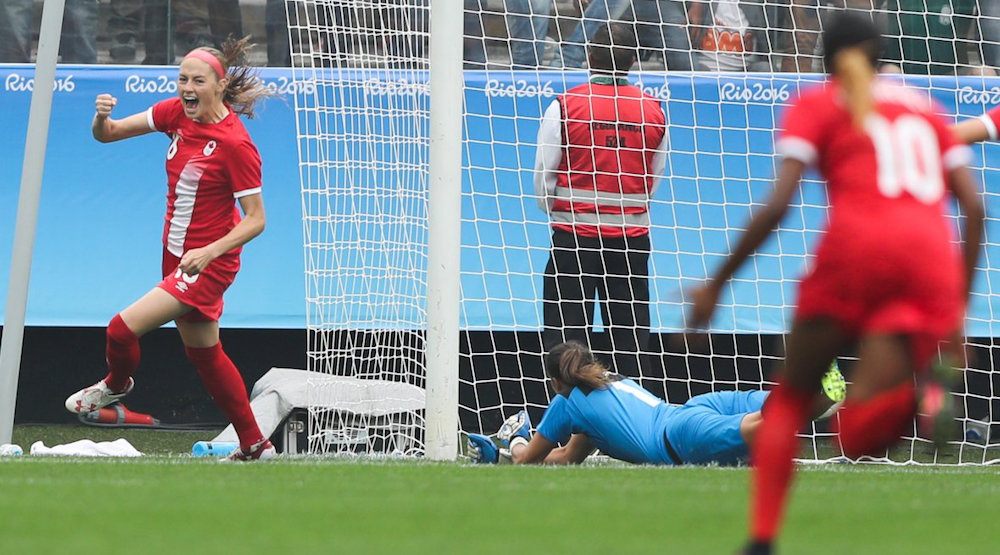 Three Canadian Olympians will be available to meet today at 6 pm at the Sport Chek on Robson Street today. Janine Beckie, Ashley Steacy, and Mandy Bujold are back from Rio, and available to chat.

What's up Vancouver?! I'll be at Sport Chek (788 Robson St) hangin out with @underarmour from 6-7pm. Come on over and say hey 👌🏼🇨🇦

Beckie, a bronze medallist for Canada in women’s soccer, will be on hand. She scored three goals during the Olympic tournament, including the fastest goal in Olympic history in the opener against Australia.

Steacy is also a bronze medallist from Canada. She won a medal in women’s rugby sevens.

First stop on the @UnderArmour tour @SCRobsonStreet Vancouver at 6pm. Stop by and meet your Rio Olympians!

Bujold is one of the best female boxers in her weight class. She placed fifth in the 51 kg flyweight competition.