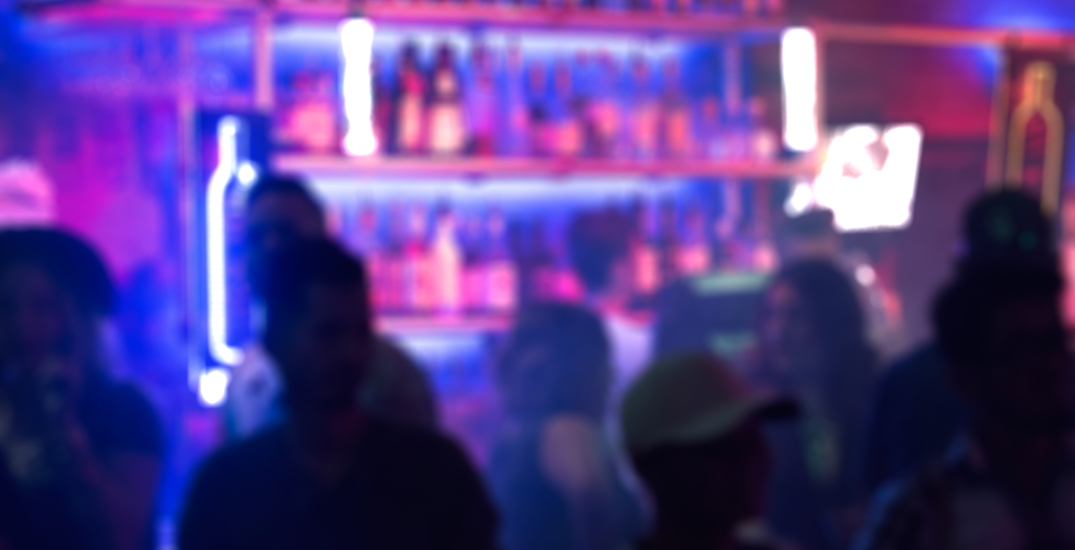 Canada has been officially named one of the most expensive countries in the world for a night out on the town.

A new ranking from UK-based retailer Jewellery Box placed Canada as the fourth priciest country for a night out, ranking higher than countries like New Zealand, Japan, France, Spain, and Italy.

The ranking took into account important factors like the average price of five cocktails in downtown clubs, the price of a taxi ride both to and from your destination, and the average cost of a double hotel room. It even factored in the price of getting ready for a night out, like the typical cost of buying a summer dress from a chain store, as well as the price of a women’s cut and blow-dry at a hair salon.

The number one most expensive country in the world is our neighbour to the south: the United States of America. Australia followed behind second place and Germany third. 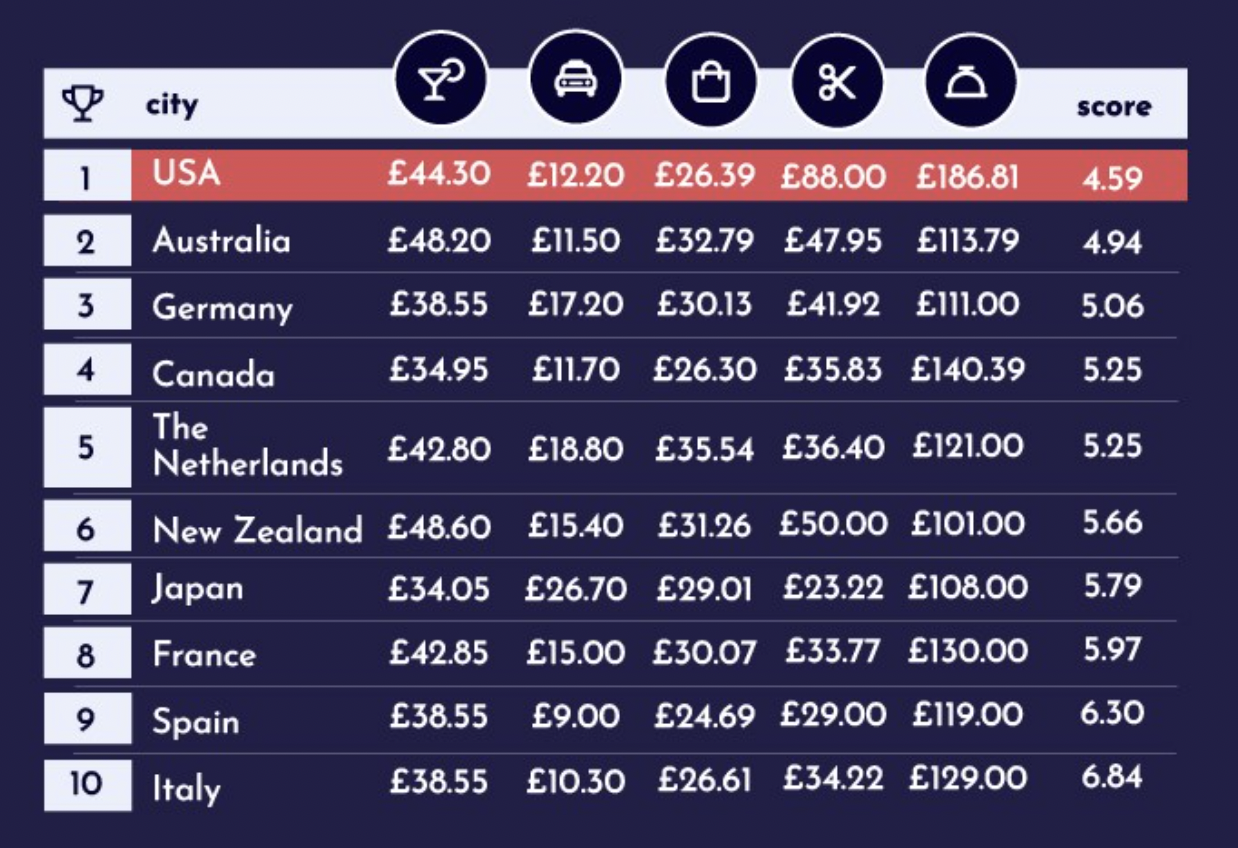 Although Canada’s average double hotel room costs were higher than both Germany and Australia, and its taxis cost was slightly more than Australia’s, it had lower prices for cocktails, clothes, and haircuts.

For any travellers hoping to visit a country where a night out won’t hurt their bank account quite as much, the ranking also listed the cheapest countries in the world. The cheapest is Thailand, followed by South Africa, Brazil, and Argentina. Argentina, in particular, offers the best deals on cocktails, with the average downtown bar charging just £16.85 (CAD$28.23) for five drinks. 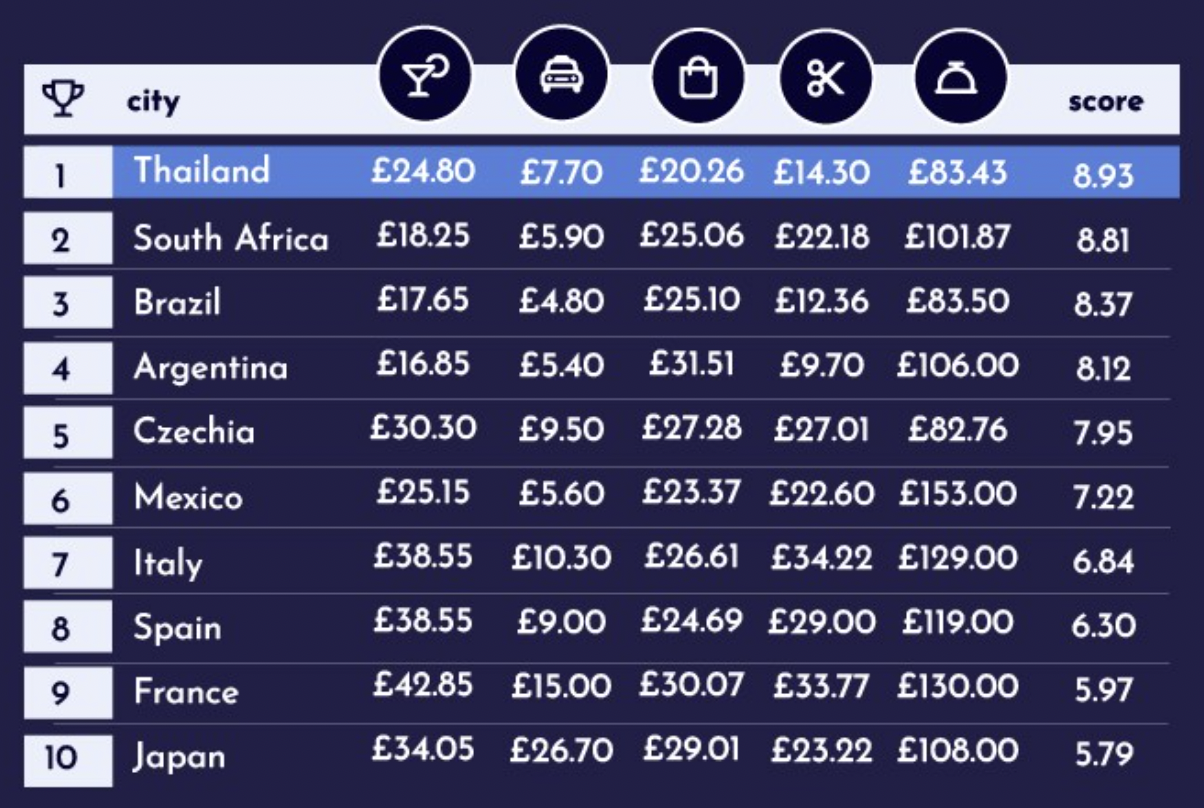 We’re not saying you should base your next trip solely on where to get the best drink deals, but if you do, there won’t be any judgement here.