Good news if you were hoping for a draw in tonight’s FIFA World Cup qualifiers: there was, in fact, a draw. It was between Honduras and El Salvador, which is fantastic news for Canada.

Unfortunately for Canada, the record 54,798 fans crammed into BC Place did not get to see a draw, as Mexico showed no mercy in thumping Les Rouges 3-0. 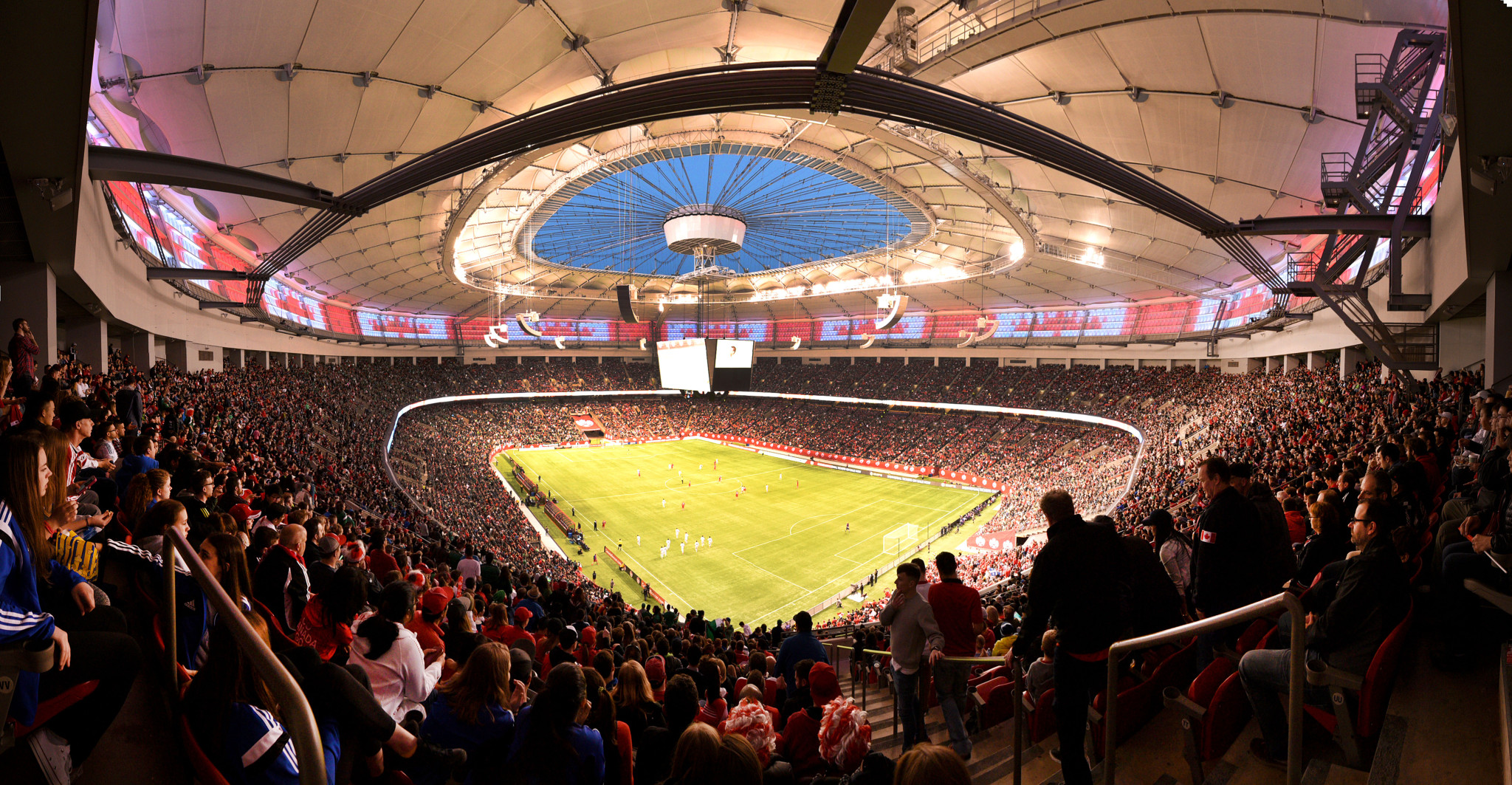 The goals were exactly what you’d expect from El Tri – quality strikes from quality players. Javier “Chicharito” Hernandez opened the scoring in the 31st minute with a well-placed header following a surging run and pinpoint cross from Miguel Layun. Looking at the goal, it’s alarming how much time and space Layun had to create on the left.

If Canada head coach Benito Floro is serious about Doneil Henry at right fullback, that needs to be addressed sooner than later.

On the second goal eight minutes later, it’s a textbook case of being burned by cheaply losing possession. Chicharito is involved in this one, too, but this time he’s the distributor.

After a sloppy pass is picked off by Hirving Lozano, all Chicharito has to do is return the one-two pass and the young Lozano leaves everyone in the dust, firing a rocket into the upper corner of the net. It’s a shocking goal to give up for Canada, especially considering how little respect the Canadian midfield is giving to their opposition at such close quarters.

The final goal is another mark in the “uh oh” column for Henry.

Initially, the young defender does well to deal with the cross into the box and sends a strong header in the other direction. Problem: the header falls directly to a Mexican attacker. Problem exacerbated: the ball is whipped back immediately, except where once there was Doneil Henry is now Jesus Manuel Corona. Problem exemplified: Henry goes into scramble mode and makes a last-ditch, lunging tackle to block a shot that never comes.

Instead, Corona calmly steps around the sliding defender, sizes up both defender Dejan Jakvoic and goalkeeper Milan Borjan, and lets fly with a stinging shot that Borjan can only grab a piece of – not enough to prevent the third goal. 72′, 3-0 Mexico, call it a night.

Again, it’s all about quality.

Mexico has the quality to make even the slightest missteps fatal, which they did tonight. If you want to look at it as a positive, Mexico sent out a strong lineup because they didn’t think Canada should be taken lightly. That’s progress; Canada has earned enough respect to warrant the full might of CONCACAF’s undisputed heavyweight.

The downside is it means things like 3-0 losses are more likely happen, which isn’t exactly stellar.

Furthering the “what positives can we take away from this” discussion, Canada should be commended for not playing timidly off the opening whistle.

“We are pleased with the attitude of the players in that they did not stop fighting,” said Canada’s head coach Benito Floro. “Mexico played very well, but we fought throughout the match.”

Both teams sent in probing attacks and showed no fear in searching for weaknesses. Canada even had a few glorious chances early on.

In the 20th minute, Atiba Hutchinson took the Canadian attack by the scruff of the neck and all but willed the ball into the penalty area with a few key touches. This left Junior Hoilett with a clear look at goal but the Q.P.R. midfielder skied the ball well over the Mexican net.

Cyle Larin had Canada’s other big chance of the first half-hour, beating the offside trap and charging in to goal on the left. Those of you who recall what happened the last time Cyle Larin charged in on goal can probably guess what happened next: the young striker missed the net. 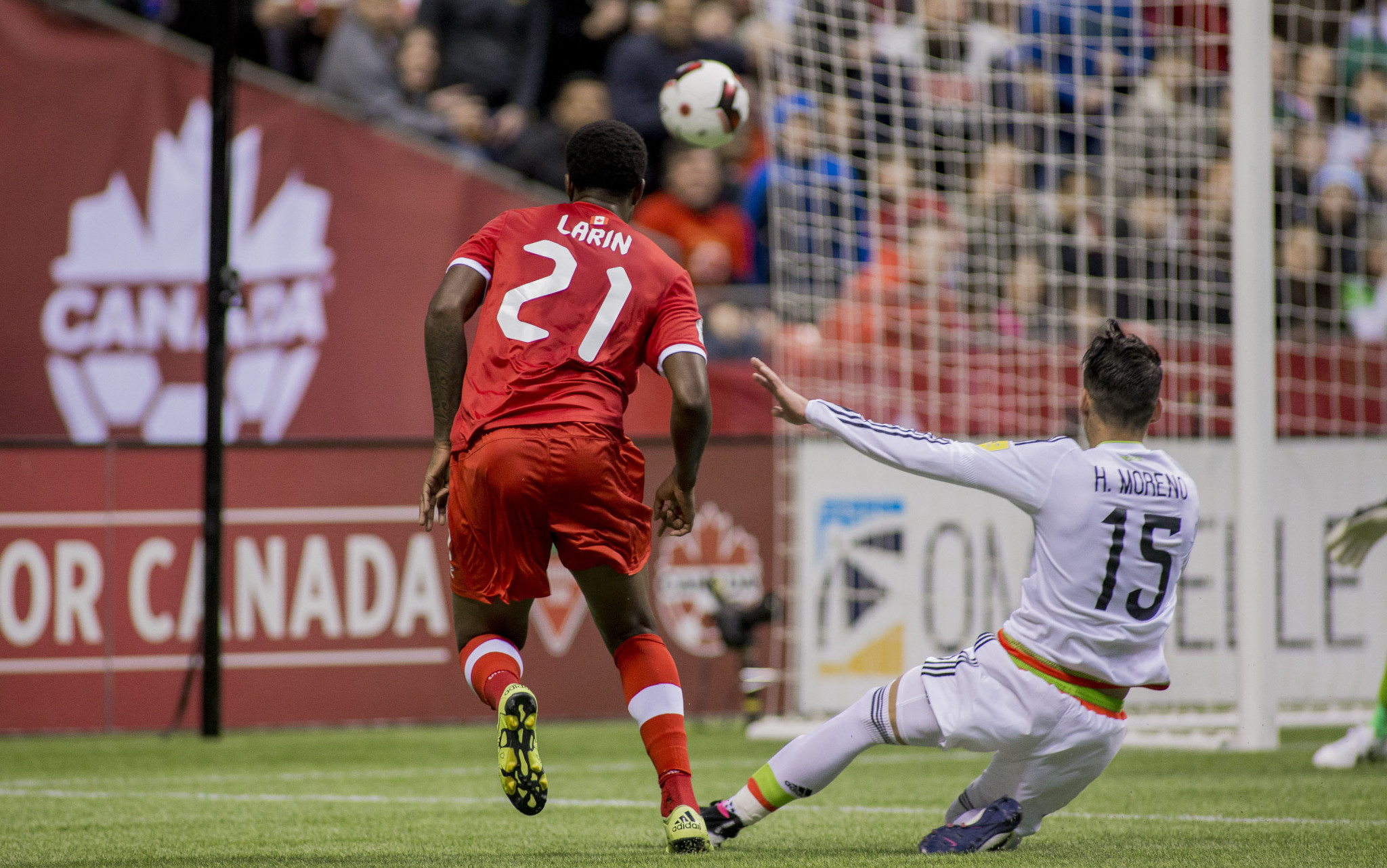 It’s not as egregious a miss as not hitting an empty net, as Larin infamously managed in the Gold Cup against El Salvador, but it’s another reminder that Larin is still young and not fully developed as a professional. He has room to grow, though Canada fans may feel anxious that said growth seems to be coming more at the club level than the international level.

Hoilett would get one more chance, as would Hutchinson, before the half ended. Both ended poorly, with Hoilett skying his shot after winning the ball with a dodgy-looking tackle and Hutchinson being taken down in the box after stealing the ball from the Mexican defenders.

I would be remiss if I didn’t highlight the other major highlight for Canada in this match: Milan Borjan.

While I am an unabashed Borjan fan and my opinion may be biased somewhat, the Ludogorets Razgrad ‘keeper was sensational to keep Canada in the game early on. He had no hope of stopping either of the Mexican goals in the half but were it not for cat-like reflexes and full-strech dives – and, yes, a couple posts – Canada may well have been down a half-dozen at the break.

Scott Arfield, the Burnley midfielder who officially chose Canada over Scotland this month, made his senior international debut in the second half as a substitute for Tosaint Ricketts and tested Alfredo Talavero with a shot in the 52nd minute. It showed Canada wasn’t about to roll over despite being two goals down, which is a great sign for Canadian fans hoping for a positive mentality in a team that is about to head into the lion’s den in Mexico’s imposing Azteca Stadium.

Canada remains second in Group A with 4 points, ahead of El Salvador with 2 points and Honduras with 1 point.