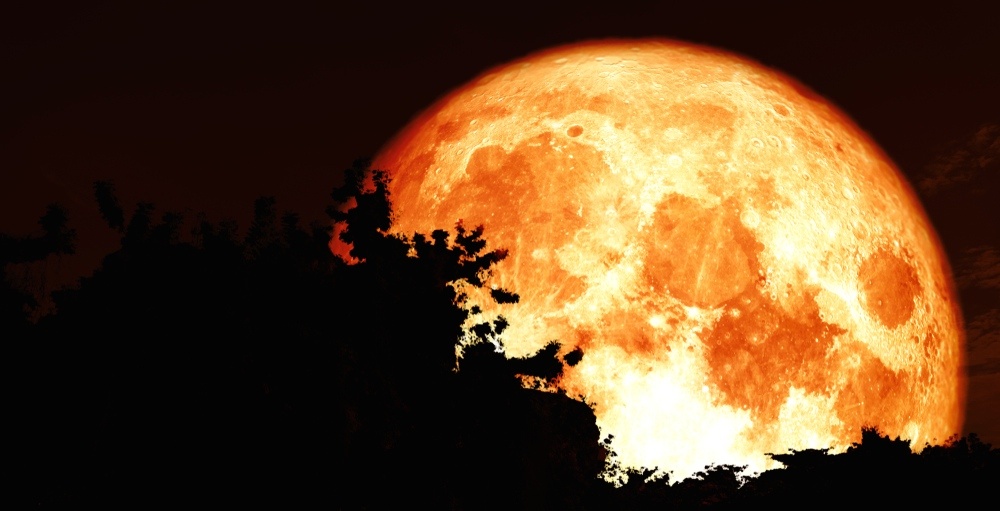 Your Friday night is about to get a whole lot more special. And the rest of the planet will be joining you. Earthlings will be treated to a magical, red blood moon, the longest we’ve experience in over a century.

The Moon will pass through the Earth’s shadow and thanks to some quirky physics, will colour the moon red for more than 100 minutes, according to NASA.

While we typically experience between one and four lunar eclipses every year, this week’s will be remarkably rare.

The moon will be the farthest and smallest full moon of the entire year and it will produce the longest total lunar eclipse that many of us on Earth will never get a chance to see again.

Often referred to as a blood moon, a total lunar eclipse occurs when the Earth moves directly between the sun and the moon. Earth’s shadow covers the moon, blocking the sunlight that usually reflects off its surface, giving it a reddish-orange glow. 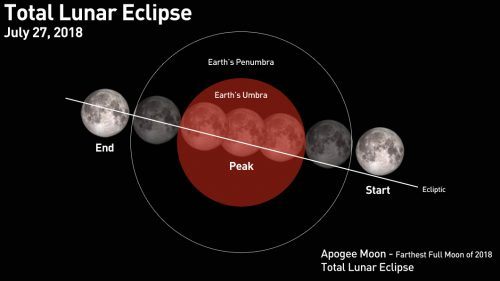 The bodies are aligned in a straight line in the order of the sun, Earth and a full moon.

Though North Americans will get the worst view in the world of the historic eclipse, we’ll still be able to witness the reddish colour of the moon, just not a gradual and lengthy transition like people in Europe and Africa will.

The part of Canada with the best vantage point of the total lunar eclipse will be from Newfoundland, just as the Moon rises at night.

Sky-gazers won’t need any special glasses to watch the eclipse as we won’t be exposing ourselves to harmful, direct radiation from the sun.

As if the eclipse isn’t enough to hold our attention, Mars will be its closest and brightest to its neighbours since 2003.