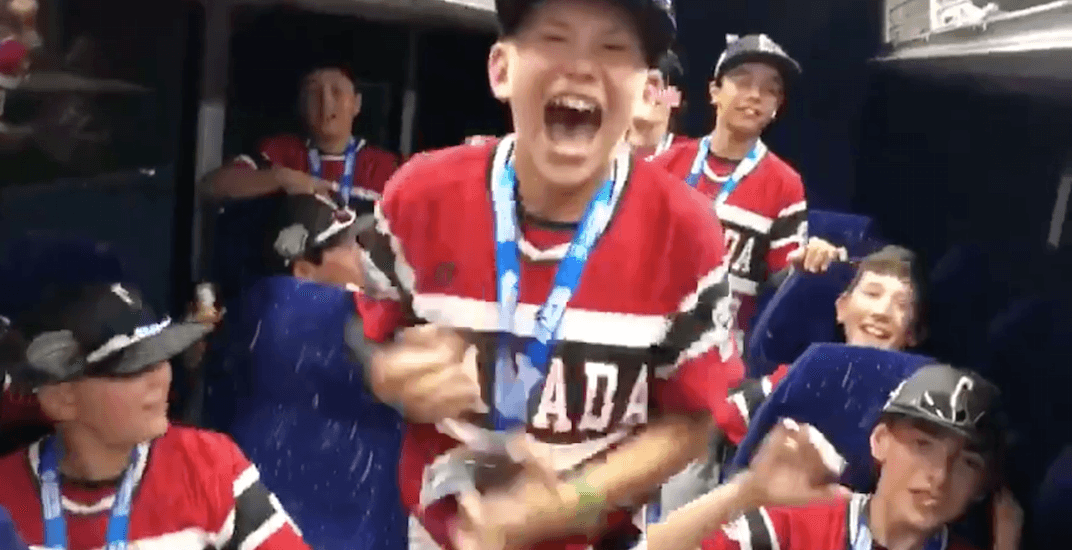 The Whalley Little League All-Stars, competing as Team Canada, arrived in Williamsport, Pennsylvania for the Little League World Series down a man.

Brought to tears, 13-year-old Dio Gama was caught in the middle of a messy situation, unable to leave the country due to immigration complications.

“There is a 13-year-old boy who wants to follow his dream playing at the World Series,” Surrey, BC based Whalley Little League said in a statement. “He is doing all the right things in life but is caught by his immigration status. We just want to find a way to let him play. There must be a way through immigration that we can get a boy to Williamsport with his team and back to rejoin his brothers (Team Canada). Team Canada and Little League await his return.

Immigration Minister Ahmed Hussen listened to that plea, granting Dio a temporary resident permit on “humanitarian and compassionate grounds.” The move allowed Dio to join his teammates in Williamsport.

Here’s the exact moment his teammates found out the good news, on the team bus:

When the boys found out that Dio is coming: pic.twitter.com/X7ozu3VBZN

The Little League World Series has become a big event, with organizers putting together the type of tournament reserved for professionals.

The kids from Whalley participated in the Little League parade, before attending the Opening Ceremonies.

The Little League World Series, which begins today, features 16 teams from nine countries, with games broadcast nationally on ESPN in the United States and on TSN in Canada.