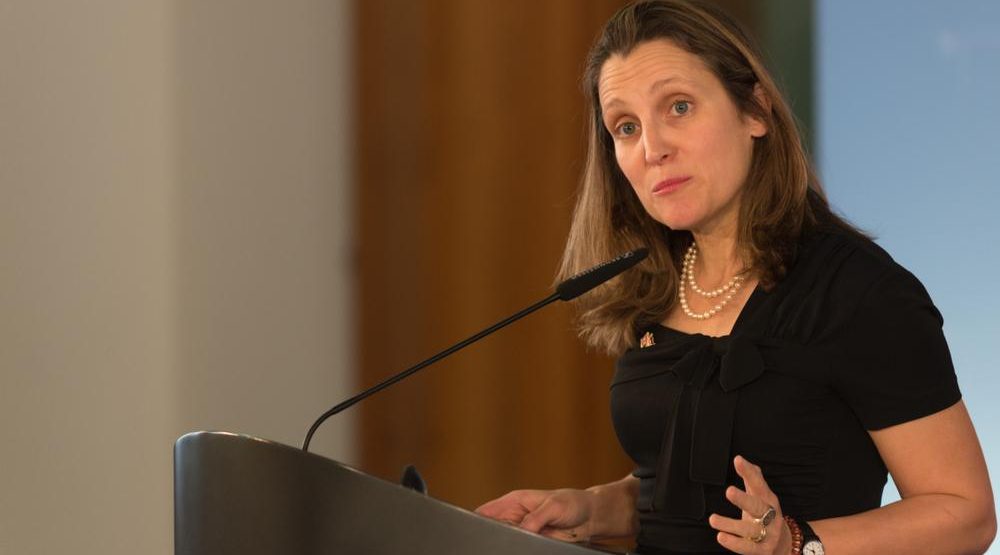 The federal government has deepened its commitment to the principals of liberalism and international cooperation by joining the German-led “alliance of multilateralists.”

The alliance has been formed to combat the decreasing emphasis some countries have been placing on international cooperation. According to Democracy Without Borders, this alliance is the creation of German Foreign Minister Heiko Maas, who first outlined his plans for it in a 2018 speech in Japan.

His proposal was for the creation of a multilateral approach — an alliance of three or more countries working towards a common objective — to major world issues. His speech outlined his view of how the coalition would benefit the international community as:

Mass said at the time that Germany and Japan had the “potential to be at the heart of an alliance of multilateralists.”

Canada’s Minister of Foreign Affairs Chrystia Freeland tweeted out the decision for Canada to join on April 6.

“Many of today’s greatest challenges are global and they can only be solved when we work together,” she wrote in the caption of a photo of her with her counterparts from three other nations. “That is why Canada stands united with its German, French, and Japanese friends.”

Many of today’s greatest challenges are global and they can only be solved when we work together. That is why Canada stands united with its German, French, and Japanese friends. #G7 #AllianceOfMultilateralists pic.twitter.com/BbwToB8yKM

The organization was formally announced by the French and German foreign ministers on April 3, 2019, and according to the US Committee on Foreign Relations, they will launch the Alliance of Multilateralism at the UN General Assembly in September to show that a “majority of countries support cooperation on such issues as climate change and inequality.”

Noticeably absent from the discussion, however, has been any mention of the United States, who are not part of the alliance, nor have they been mentioned in any of the discussions by the G7 countries related to the Alliance.

French Foreign Minister Jean-Yves Le Drian said during a UN press conference that the purpose of the Alliance is to “show that the states that support multilateralism and are attached to the United Nations remain the majority. It is a majority that has been silent for a long time, because we have long considered international cooperation to be self-evident.

“However, this is not the case today, and states committed to multilateralism must make themselves known, and join forces and voices.”