Canada has seen some significant job creation for the second month in a row.

Following the 66,800 jobs that were added in January, February followed suit with an additional 56,000 positions.

Even with the increase seen in 2019, the country-wide unemployment rate has stayed virtually unchanged, according to Statistics Canada.

Much of the employment gain shown in February was due to Ontario seeing 37,000 additional jobs — weighed slightly against their western neighbour, Manitoba, which saw a decrease of 3,300.

Looking one year back for Canada shows that the country has gained a total of 369,000 employed people since February 2018. The unemployment rate was also similar one year ago at 5.8%, though it jumped as high as 6% and dipped down to 5.6% within those 12 months. 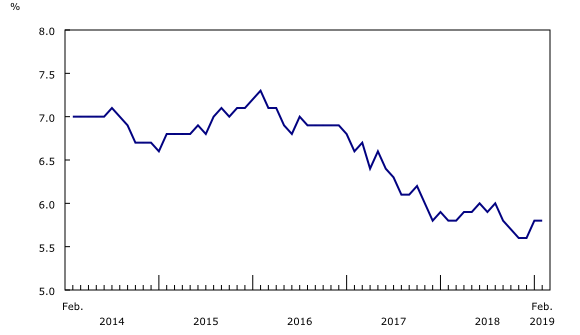 While unemployment for the country hasn’t changed, there has been a few deviations when looking at the provinces on their own.

However, Alberta’s oil and gas sector wasn’t actually a contributing factor in the increased unemployment rate, as that industry saw an increase in 2,600 jobs over the past month.

The Atlantic provinces appear to be doing the worst regarding employment, with Newfoundland and Labrador facing an 11.8% unemployment rate, PEI at 10.3%, New Brunswick at 8.5%, and Nova Scotia at 6.4%.

Many of the jobs that were introduced this past February were related to professional, scientific, and technical services, with 18,000 being created in those industries. 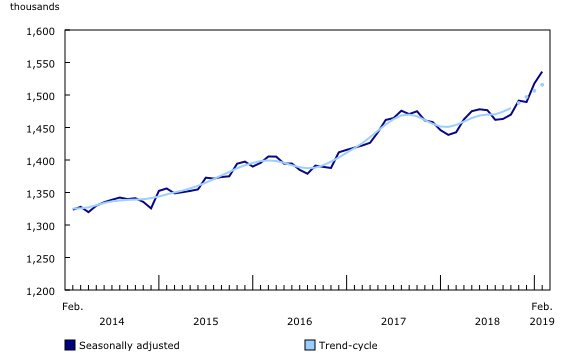 Stats Canada states that positions in those areas have been up since March 2018 and have risen by 6.8% since last February.

Employment in natural resources grew by 8,000 Canada-wide in the past month, while public administration positions saw an additional 14,000 spots filled in February.

There was little change in the number of people who are self-employed, while employment dropped by 11,000 in transportation and warehousing, mostly in Ontario.

The full rundown, tables, and graphs can be found on Statistics Canada’s website.