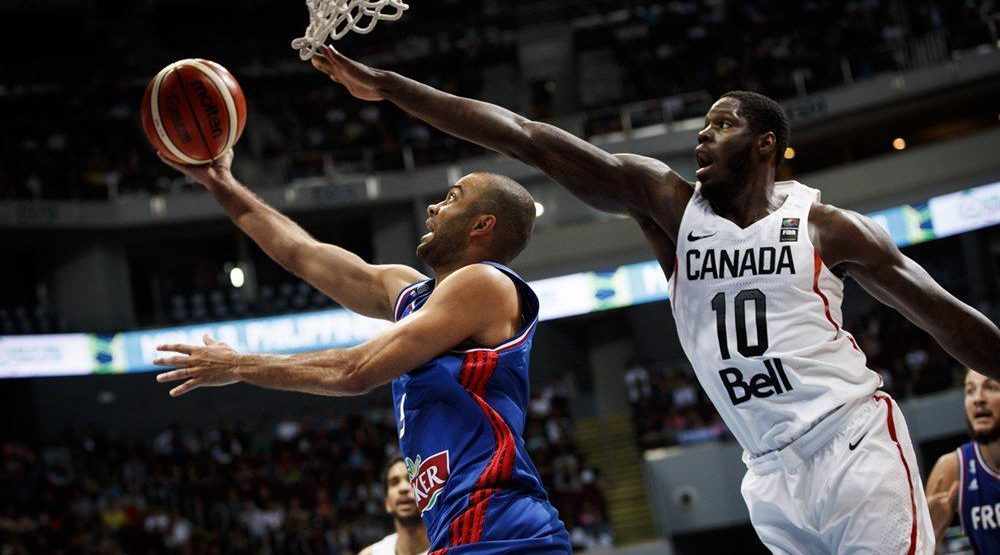 Canada has lost in the final of the men’s basketball Olympic qualifying tournament in Manila, 83-74 to France. This was Canada’s last chance to qualify for the Olympic tournament, so Canada’s Olympic drought will continue.

Canada has not qualified for the Olympics in men’s basketball since the Steve Nash-led team in 2000.

“We’re a young team, and hopefully we learn and grow from this,” Team Canada head coach Jay Triano said. “I’m very proud of the way we fought, not just this game, but all tournament and throughout the summer.

“Being the youngest team here is a good growing experience for us. We’re going to keep getting better, we’ve got some great talent in our country and I appreciate the sacrifices that our players made. It was unfortunate that we couldn’t get a win and have these guys rewarded with becoming Olympians.”

Tony Parker, who had been having a disappointing tournament, stepped up when France needed him the most. Parker had a game-high 26 points, with 4 rebounds and 4 assists.

In the end, Canada simply wasn’t good enough in this tournament. Unlike last summer’s Americas qualifying tournament when Canada looked strong until losing against Venezuela, Canada never looked poised to win this tournament. Canada relied on Cory Joseph driving to the basket all tournament long, and had very little else to hang their hat on.

“I keep Canada close to my heart, so whenever I get a chance I’m honoured to play for them, and I try to go out there and leave it all on the court,” said Joseph. “Playing for Canada, we have a great coaching staff, so I’m still working on my game, still getting better, and there’s no better competition you’ll get in the world in the summertime than playing.”

Canada certainly could have used Andrew Wiggins, their best player who opted not to play in this tournament, but that’s old news.

The Canadians didn’t have anyone who could reliably hit three-point shots, and they struggled on defence as well.

It’s a disappointing result for Canada Basketball, who looked poised for a return to the Olympics. Canada’s talent pool in basketball has never been higher, yet they’ll need to wait another four years for another chance.