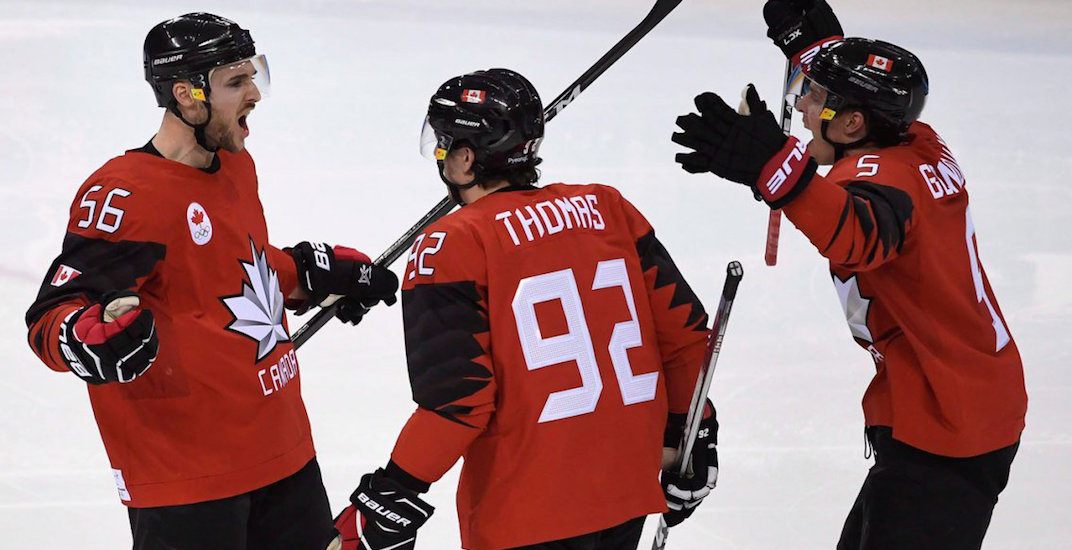 But on Wednesday, he was Canada’s hockey hero.

The offensive defenceman’s slap shot off a third period faceoff was the only goal of the game, lifting Team Canada past Finland 1-0 in the Olympic quarter-final in men’s hockey.

Max Noreau has opened the scoring with a quick clapper off the face-off 1-0 🇨🇦#PyeongChang2018 @RBC pic.twitter.com/t318CEeGxQ

After a rather uneventful first period (Canada was outshot 5-4), things got rolling in the second. Canada outshot the Finns 18-10, but were unable to solve goaltender Mikko Koskinen.

The nervous moment for Canada came when their starting goalie, Ben Scrivens, was run over and forced to leave the game.

Kevin Poulin enters in the quarter-final match against 🇫🇮

Kevin Poulin was forced to come in cold, but he was red hot the rest of the way – stopping all 15 shots he faced.

Canada held on from there, with Poulin standing tall in goal.

Game over! 🇨🇦 defeats 🇫🇮 1-0 in the men’s hockey quarter-finals

They will play the winner of 🇸🇪 vs. 🇩🇪 who are entering OT tied 3-3

“It is pretty emotional. What a battle,” said Team Canada captain Chris Kelly. “I can’t believe what happened.

“We made a goalie change and what an effort. That was a tough game to play – they started pressing in the third and we dug in, blocked shots, and I’m really proud of this group. That’s kind of our identity – a hard-working, defensive-minded team, and I thought that’s exactly how we played and we know that’s what’s going to bring us success.”

Canada’s next game will be against Germany in the semi-final.

The Germans pulled off a massive upset against Sweden in their quarter-final game, winning 4-3 in overtime. This was the winning goal:

🇸🇪 out
🇩🇪 in, will play Canada in semifinals.