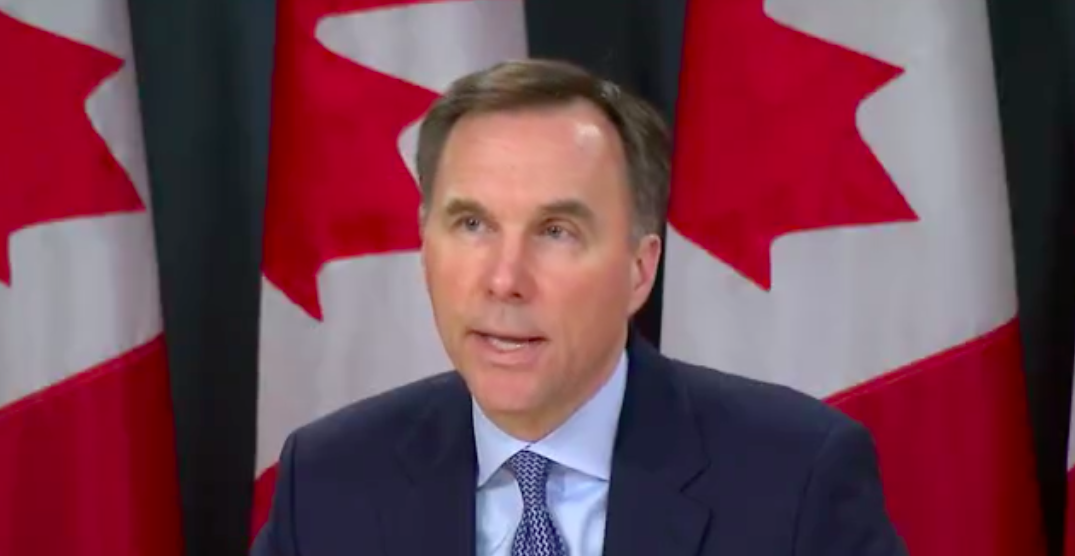 After Prime Minister Justin Trudeau said on Friday morning that the government is planning to introduce a “significant fiscal stimulus package in the days ahead” to help those who find themselves in a financial bind in the midst of the coronavirus pandemic, Finance Minister Bill Morneau announced shortly after what the first part of that package would look like.

This, he said, “will make $10 billion available in additional support for Canadian businesses through the business development bank of Canada and Export Development Canada.”

This course of a action, he continued, “proved to be an effective tool during the 2008 financial crisis and will ensure that our businesses continue to be resilient during these very uncertain times.”

Morneau said the federal government knows “that this virus has created impacts on our economy, and we’re ready to address these impacts.”

The uncertainty around the virus and what lies ahead “has also had an impact on businesses and on workers. And while what we’re experiencing is a health crisis, it also has important economic consequences: the uncertainty surrounding the spread has increased volatility in our markets,” he said.

Morneau noted that he has also spoken with the CEOs of Canada’s largest banks, who “recognize the impact COVID-19 might have or may be having on some of their customers, and they’ve made a commitment to me that they will support businesses and individuals through these difficult times in a responsible, fair, and compassionate way.”

Following Morneau’s announcement Bank of Canada (BOC) Governor Stephen Poloz said the BOC “is contributing to this collective effort to support the Canadian economy and financial system, and to ensure that credit channels remain open.”

Today, he said, “the bank is … cutting its target for the overnight rate by 50 basis points to three quarters of a per cent.”

It’s already clear, he added, “that the spread of the coronavirus is having serious consequences for Canadian families and for Canada’s economy.”

Poloz said these measures, “combined with the other measures announced today … will help to support confidence in businesses and households.”