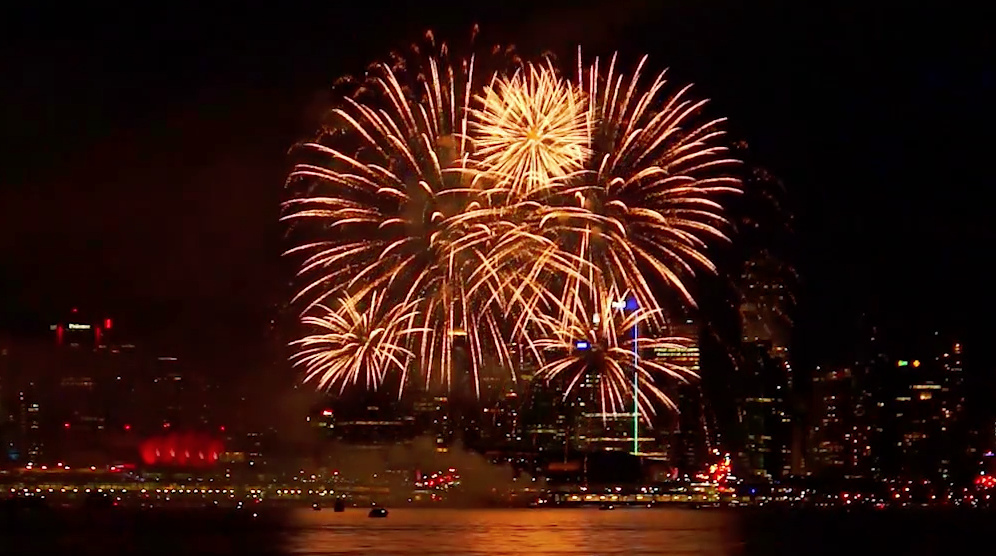 This year’s Canada Day promises to be a special anniversary for our country and one of the most significant national celebrations in generations, and what better way to do that than with fire in the night sky?

Fireworks will conclude many major day-long festivities across the region commemorating Canada’s 150th anniversary of Confederation, and we’ve compiled a list of spectacular fireworks displays that will make you want to shout “O, Canada!”

Surrey’s Canada Day celebrations is at Bill Reid Millennium Amphitheatre, and features performances from morning until midnight. The headliner this year is Hedley, which will be followed by fireworks.

The City of Burnaby will be letting off fireworks following a huge free concert at Swangard Stadium. The gates at Swangard open at 5 pm and the fireworks grand finale commences at dusk.

Coquitlam will be celebrating with a fireworks spectacular at 10 pm in Town Centre Park on Canada Day. Preceding that will be a free community festival with live music and food.

Delta will be showing off their fireworks prowess in Chalmers Park this Canada Day, following a full day event with crafts and food.

More than 25,000 people turn out each year to visit the waterfront on July 1. A day of fun is followed up with fireworks at dusk.

Live music, kids activities and fireworks over the Fraser River are what you can expect at New Westminster’s Canada Day celebrations.

Celebrate Canada’s birthday with the festivities in and around Coal Harbour. From headlining artists on the mainstage to citizenship ceremonies, take part in everything Canadian. And of course, don’t miss the fireworks.

Not only will the fireworks near Canada Place be visible to North Vancouver residents, but West Vancouver will have its own display off the shores of Ambleside as part of the twin display.

You can head to the the historic Steveston waterfront later in the evening to bring your Canada Day to a magnificent end. Gaze up at the sky as it’s illuminated with a fireworks show presented by Dueck GM.