Police services across Canada reported a drop in some criminal activity throughout the first six months of the COVID-19 pandemic.

According to data released by Statistics Canada, 17 police services across the country reported a 17% decrease in several criminal offences, including assault and robbery, between March and August 2020, compared with the same period in 2019.

StatCan says fewer violent crimes and property crimes were reported to the surveyed police services during the pandemic. 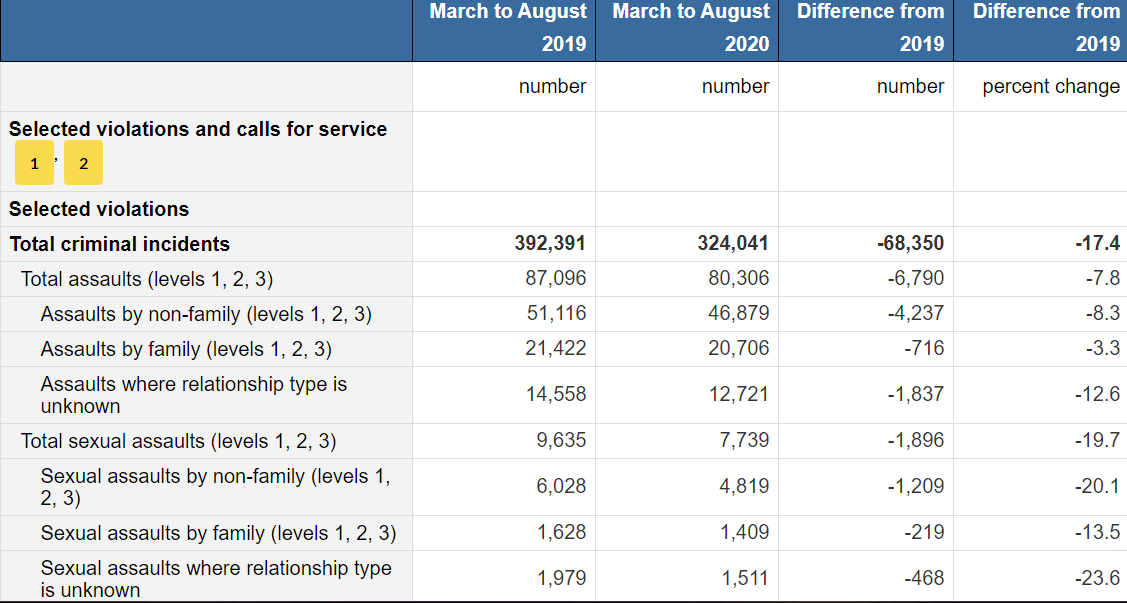 However, StatCan notes that victimization surveys have shown that rates of reporting to the police are lower for sexual assaults and spousal violence than for other types of crimes.

Previous data has shown that the pandemic has made it more difficult for victims of violence to access services.

With the majority of Canadians on lockdown, police services reported that incidents of shoplifting were down by 50%, residential break-and-enters were down by 25%, and motor vehicle theft was down by 19% from March to August 2020, when compared to the same period in 2019.

Perhaps for the same reason, reports of uttering threats by family members rose by 4%, the only crime to do so amongst those surveyed. 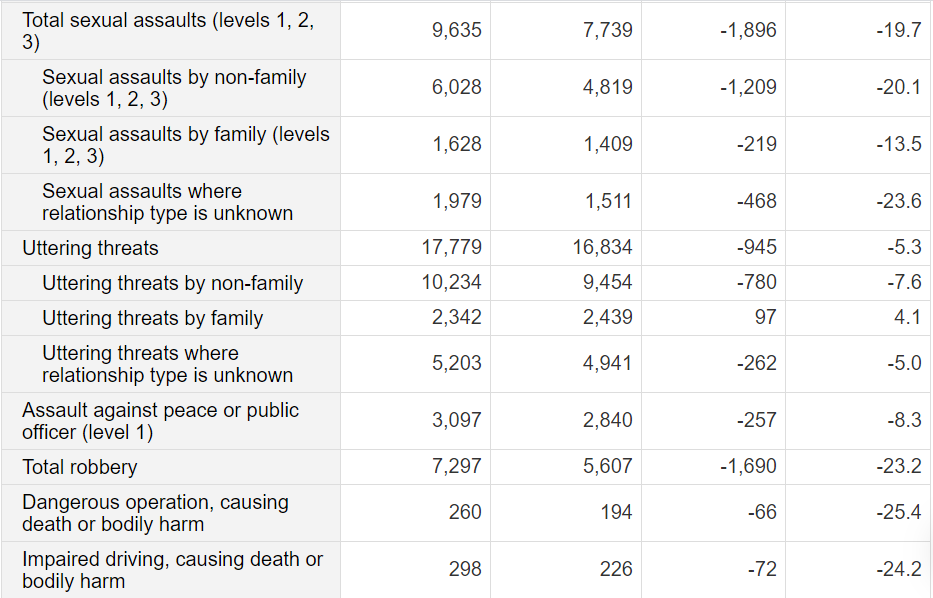 Once cities began to reopen in April and May, the volume of crimes began to rise, according to the report.

In contrast to the decrease in crime calls, police services reported an 8% increase in non-criminal calls for service.

In addition, 15 of the police services surveyed reported having to enforce measures related to managing the spread of coronavirus.

From mid-March to July, services reported involvement in 14,303 infractions against provincial and territorial pandemic-related acts, including provincial health acts and the federal Quarantine Act.