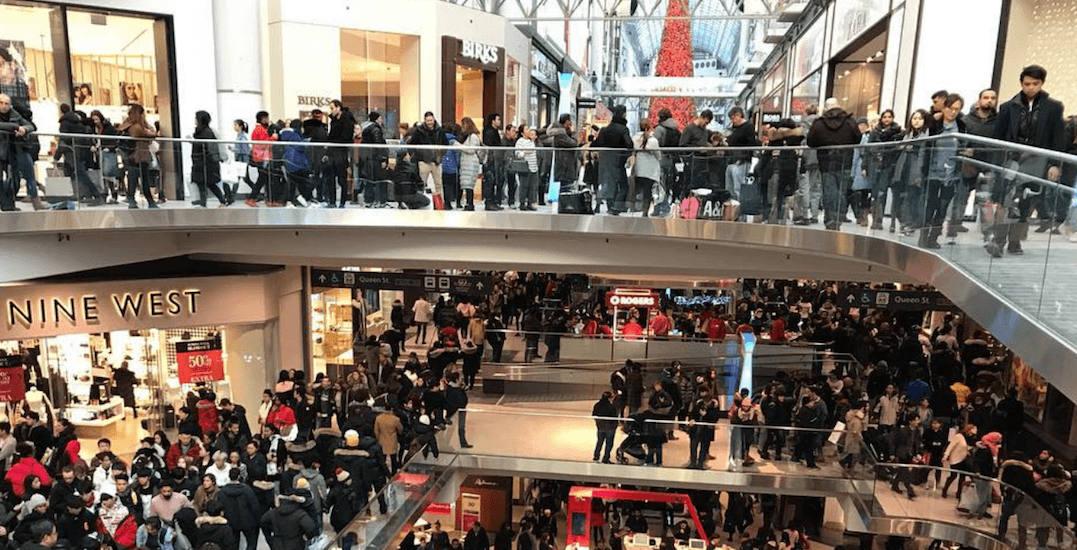 Canadian bargain-hunters didn’t let the cold weather stop them from hitting the streets and shopping for the latest sales this Boxing Day.

In fact, many Canadian malls saw massive lineups and crowds with shoppers patiently waiting to get their hands on the biggest electronics, apparel and jewellery deals.

Here’s what went down from coast to coast…

In addition to electronics, the stores that saw some of the biggest lineups were jewellery stores, with hundreds of shoppers lining up to get into Pandora in Pacific Centre.

The line up to get INSIDE of the Pandora store is wrapped around the corner here at Pacific Centre #BoxingDay2017 #vancouver pic.twitter.com/GBlORftdxK

Metrotown in Burnaby also experienced significant crowding, with shoppers arriving as early as 8 am to beat the crowds.

Despite the very chilly weather in Calgary, shoppers crowded local malls, especially at CF Chinook Centre, where people lined up early to get their hands on the big sales.

There were so many shoppers headed to CF Chinook Centre that the parking lot became absolute chaos, with many shoppers waiting hours just to snag a spot.

However, over at Sunridge Shopping Centre in Calgary, the mall appeared to be pretty calm in comparison.

In Toronto the malls were even crazier, with crowds of people lining up outside in the cold weather at the Eaton Centre’s Best Buy.

Things weren’t that much different inside the Eaton Centre, which was rammed with deal-hunters.

Seriously, just take a look at this time-lapse taken at the mall…

Over at Yorkdale, the walkways and storefronts were packed with shoppers, with many retailers opening their doors as early as 8 am and staying open as late as 11 pm.

Finally, things remained pretty crazy at Toronto’s Vaughn Mills, which saw thousands of men, women and children line up to shop for deals.

Over in Montreal, St. Catherine’s Street saw shoppers lining up early on Tuesday morning to brave both the crowds and the weather, as temperatures reached a low of -20°C.

CF Fairview in Pointe Claire saw some big crowds, with shoppers lining up inside early to get their hands on hot bargains.