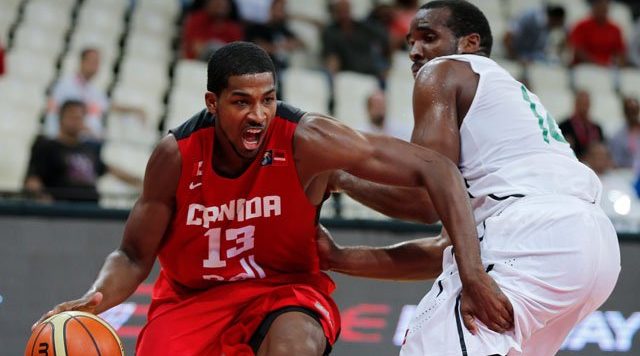 Team Canada will begin their second chance quest at a spot in the Rio 2016 Olympic Basketball tournament on Tuesday.

Canada, as you might remember, stubbed their toe in the Americas Olympic qualifying last summer in Mexico. They could have qualified for Rio with a win against Venezuela in the FIBA Americas tournament semi-final, but lost to a far less talented team.

If Canada qualifies this time around, they’ll do it without the services of many of this country’s best players who, for various reasons, will not participate in the tournament.

Seven players who were on Canada’s roster last summer – the most talented team Canada has ever assembled – are not playing this year. Six of those players are NBA players.

Canada will be missing NBA players Nik Stauskas, Kelly Olynyk, Andrew Nicholson, Dwight Powell, Robert Sacre, and Andrew Wiggins. Wiggins, who averaged 20.7 points/game with the Timberwolves and is Canada’s best player, is the one that hurts the most.

This was his explanation:

Wiggins’ decision to opt-out of national team duty is a huge gut punch for the program. If a young player on a non-playoff team with no chance of winning an NBA title next season (Kevin Durant signed in Golden State, you know) can’t play, who can?

Kamloops’ Kelly Olynyk averaged 10 points a game for the Boston Celtics last season, but is nursing a shoulder injury and won’t play.

These kinds of large scale snubs were supposed to be a thing of the past with this new crop of young, talented players, so you’re excused if this makes you feel uneasy.

It’s not all bad news for Canada though. NBA champion Tristan Thompson, who was unable to play last season, will provide strength down the middle for Canada this year. Forward Joel Anthony of the Detroit Pistons and guard Tyler Ennis of the Milwaukee Bucks, will also give Canada a boost.

In order to qualify, Canada will need to win the six-team tournament. Canada will compete in Group A with Turkey and Senegal. The top-two teams will cross-over to play two teams from Group B, which includes France, New Zealand, and the Philippines.

Canada has the most NBA players in the tournament, followed by France who has four, including Tony Parker and Boris Diaw.

France and Turkey should be the toughest competition for Canada, but as we saw with Venezuela, no team can be taken for granted.