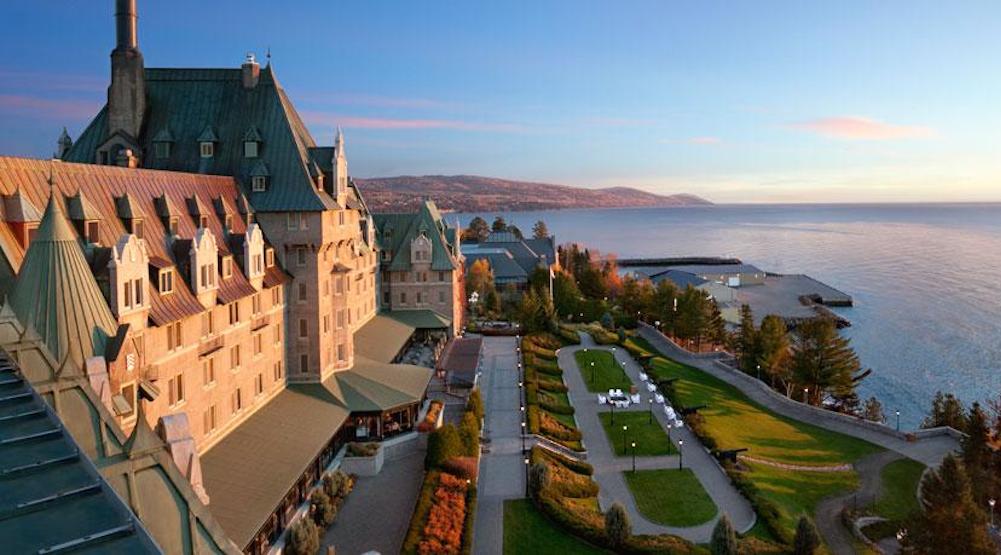 An exterior view of the Fairmont Le Manoir Richelieu resort on the St. Lawrence River in Quebec. (Fairmont Hotels and Resorts)

In 2018, the leaders of the Group of 7 (G7) countries will convene at a remote Canadian resort on the St. Lawrence River approximately two hours northeast of Quebec City, Prime Minister Justin Trudeau announced today on the final day of this year’s G7 Summit in Italy.

The Fairmont Le Manoir Richelieu, a historic 250-room, five-star luxury resort in La Malbaie, Quebec, has been chosen as the venue of next year’s summit by the Canadian federal government, and it will mark the sixth time Canada has hosted the meeting since becoming a member in 1976. 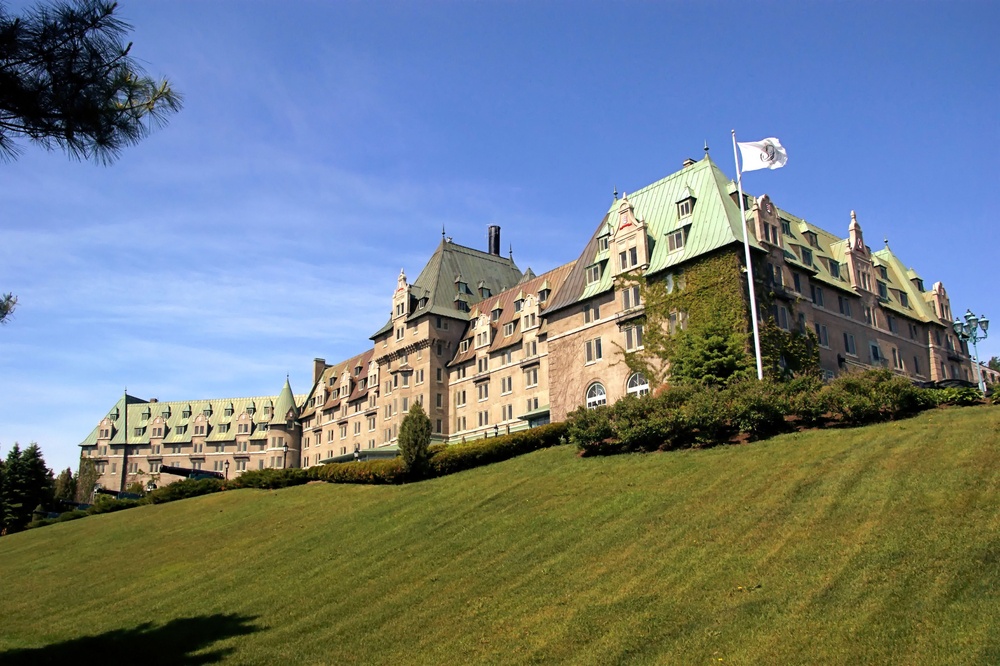 An exterior view of the Fairmont Le Manoir Richelieu resort on the St. Lawrence River in Quebec. (Shutterstock)

“Canada is proud to host the 2018 G7 Summit in Charlevoix. This vibrant region captures everything that our country is about – from bilingualism, to cultural diversity, to stunning scenery in every season,” said Trudeau in a statement.

“I look forward to welcoming my counterparts next year in beautiful Charlevoix. I’m sure they will fall in love with the region, just as Canadians have done for generations.” 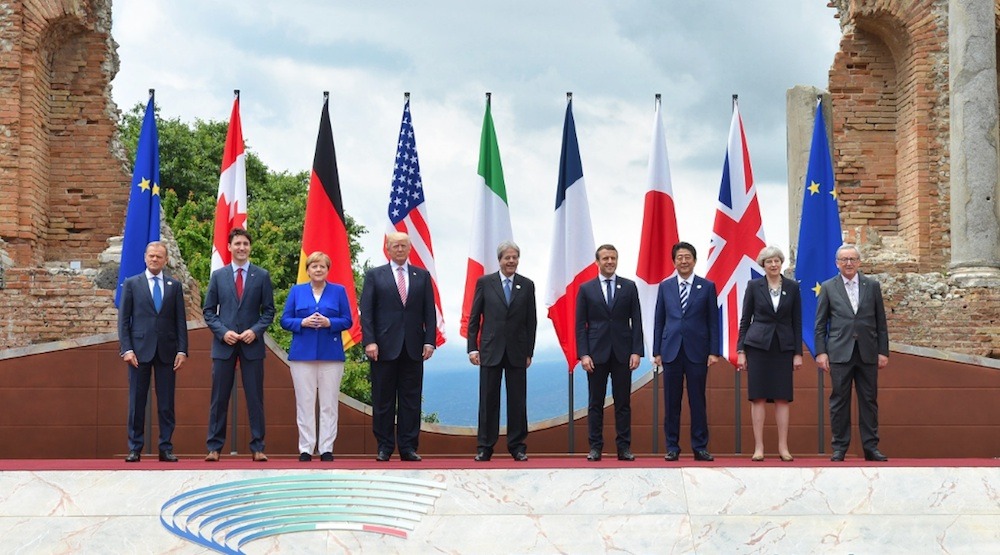 Leaders of the Group of 7 countries pose for their traditional group photo at the 2018 Summit in Taormina, Italy. (G7 2017 Italy)

Seven of the world’s most economically advanced nations meet annually to informally discuss economic policies, and the role of hosting the summit is determined by rotation among its member countries.

The G7 members, formerly the G8, consists of Canada, France, Germany, Italy, Japan, the United Kingdom, and the United States. Russia was previously a member until 2014 when it was expelled for invading Ukraine and annexing Crimea into its territory.

Although the European Union is a full G7 member, it does not have the right to host or chair a summit, and its participation is not reflected in the group’s name as it is not a nation.

Concert of La Scala Philarmonic Orchestra at the Greek Theatre for the #G7Taormina pic.twitter.com/iqZ4tPwyaL

Canada last held the G7 meeting in 2010 at Huntsville, Ontario, about two hours north of Toronto, and this coincided with the separate G20 Summit held at the Metro Toronto Convention Centre in downtown Toronto.

The G20 Summit was originally slated for Huntsville, where the G7 meeting was also to be held, but a late switch was made to Toronto after it was deemed that the lakeside town was unable to accommodate all the global leaders and thousands of journalists.

Following the APEC 1997 riot at the University of British Columbia campus in Vancouver in 1997, Canadian organizers of global leadership summits have generally avoided major urban centres for their accessibility to protesters and the resulting potential for disruption.

The combined security costs of both summits in 2010 reached $858 million, largely due to the protests and riots in downtown Toronto. Over 20,000 police, military, and security personnel were involved in the security operation, and more than 1,000 arrests were made.