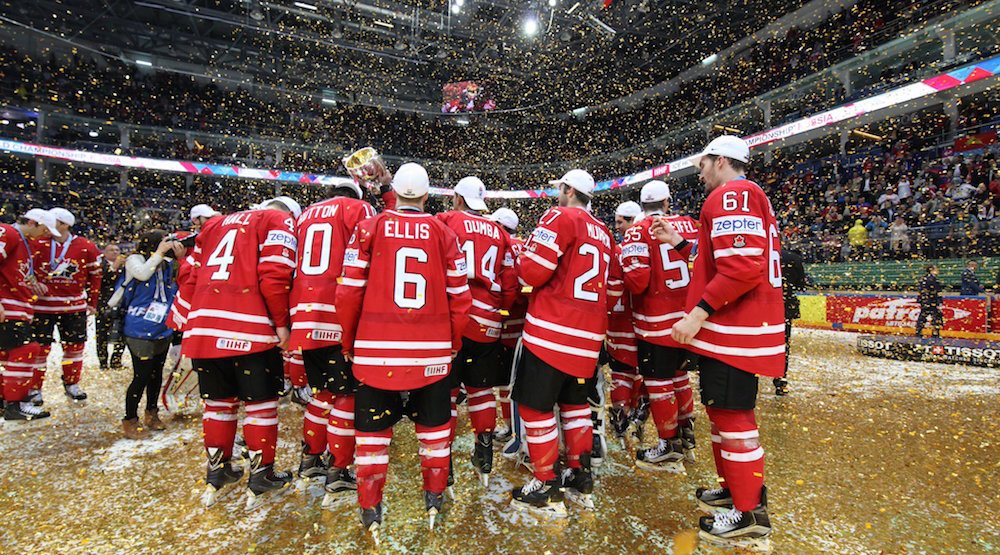 Hockey Canada released the names of the first 18 players selected for this year’s IIHF World Championships roster on Wednesday.

This year’s tournament will be co-hosted by Cologne, Germany and Paris, France, beginning on May 5, with the gold medal game taking place on May 21.

Canada is going for a three-peat this year, having won gold at the past two tournaments.

With a number of first round playoff series still ongoing, expect more names to be added from eliminated teams in the coming weeks.

Sean Monahan would be a good bet from the Flames if eliminated, as would Mitch Marner and Morgan Rielly from the Maple Leafs. Brendan Gallagher would likely consider attending too, should Montreal be eliminated.

No Canucks players were named to the team, although Bo Horvat declined an invitation due to his contract status (he’s set to become a restricted free agent).

Canada’s roster likely took a hit this year, considering that NHL participation has been ruled out for next year’s Olympics. Typically the Worlds offer as a tryout of sorts for Canadian players looking to prove they can perform on international-sized ice.

GM Ron Hextall chose four players from his club team in Philadelphia, as well as four from Colorado, to lead the way in terms of NHL team selections.

“It’s always special when you get to represent your country, and you can see it from the quality of our initial list of players who will join us at Worlds,” said Hextall. “Between them, these players have made 17 appearances at this very event, including 9 players who’ve come away as gold-medallists for Canada, and they can play a big role in helping set the tone for this team. Our coaches have a lot to work with, and we will be ready to ice a competitive team in Paris for our opening game on May 5.”

Canada is loaded up front with stars like Matt Duchene, Nathan MacKinnon, Claude Giroux, Ryan O’Reilly, and Mark Scheifele. They’re a little bit thinner on the back-end, with a number of understated young puck-moving defencemen making the preliminary list.

Their goaltending should be the cause of most concern, as Calvin Pickard appears to be the team’s best bet in net.