As of noon on Friday, August 28, the campfire ban that’s been in place for the South Coast of B.C. since June 27 has finally been lifted by the provincial government.

The ban was in place for all areas within the Coastal Fire Centre’s jurisdiction, which encompasses Metro Vancouver, the Sunshine Coast, Tweedsmuir South Provincial Park in the North, Vancouver Island, the Gulf Islands and Haida Gwaii.

Restrictions still exist, but the sweeping ban has been lifted. The following restrictions are still in place for campfires:

If caught violating any of those terms, people can be fined up to $100,000 and face a one year jail sentence if convicted in court.

The ban came with tinder dry conditions that swept Metro Vancouver and much of B.C. for most of the summer. Up to 120 millimetres of rain is forecasted for the weekend.

Here’s a map showing the area where the ban has now been lifted: 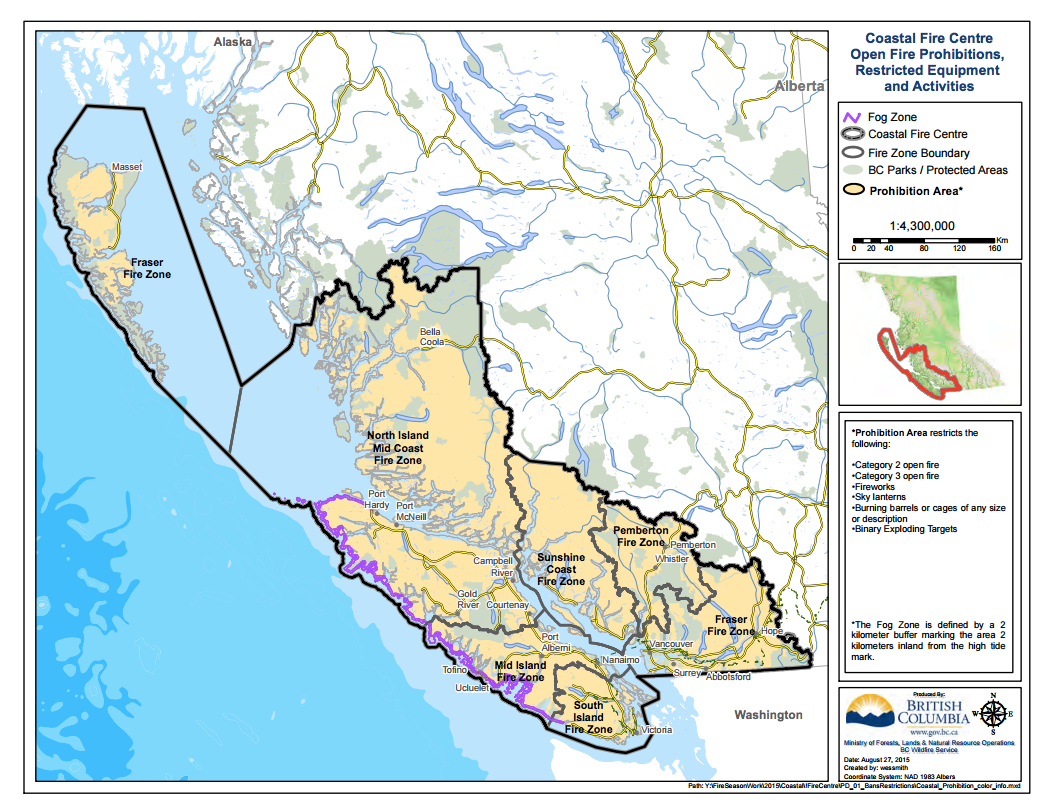