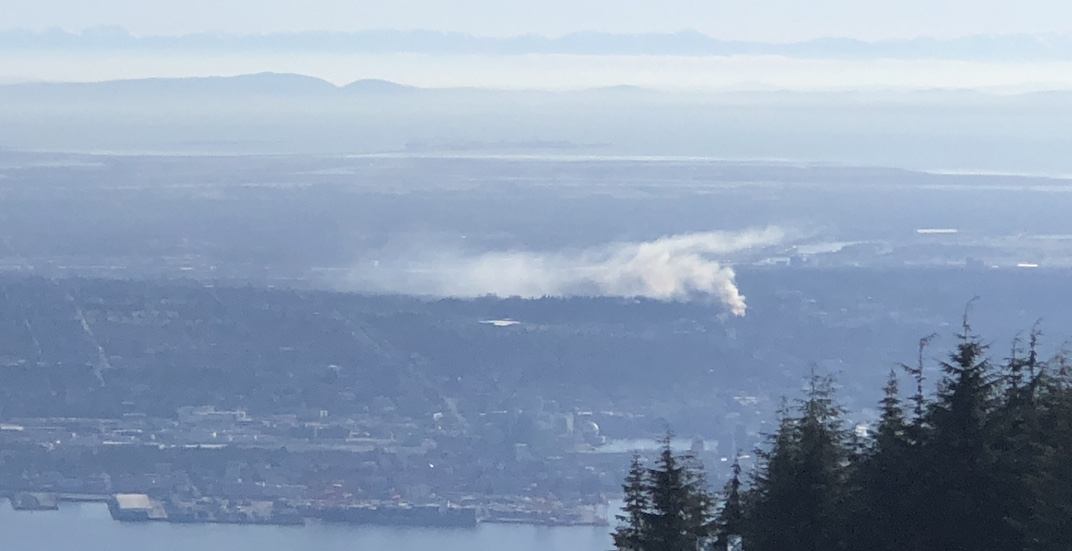 Smoke from the 4600 Cambie Street fire seen from the North Shore on March 10, 2018. (Braedan Wilkinson / submitted)

Billowing smoke from a single-family house fire near the northwest corner of the intersection of Cambie Street and West 31st Avenue was seen from across the region earlier today.

The two-alarm fire on the 4600 block of Cambie Street, located immediately west of Queen Elizabeth Park, began early this afternoon and necessitated the complete closure of Cambie Street between King Edward and West 29th Avenue.

With the road closed, the No. 15 Cambie bus is taking a detour on Oak Street via King Edward Avenue and West 41st Avenue.

It appears the house is vacant, as it was boarded up and covered with graffiti. The property is one of several single-family homes on the city block that are part of a land assembly for an approved residential redevelopment project.

The cause of the fire is unclear. Vancouver Fire Rescue is investigating.