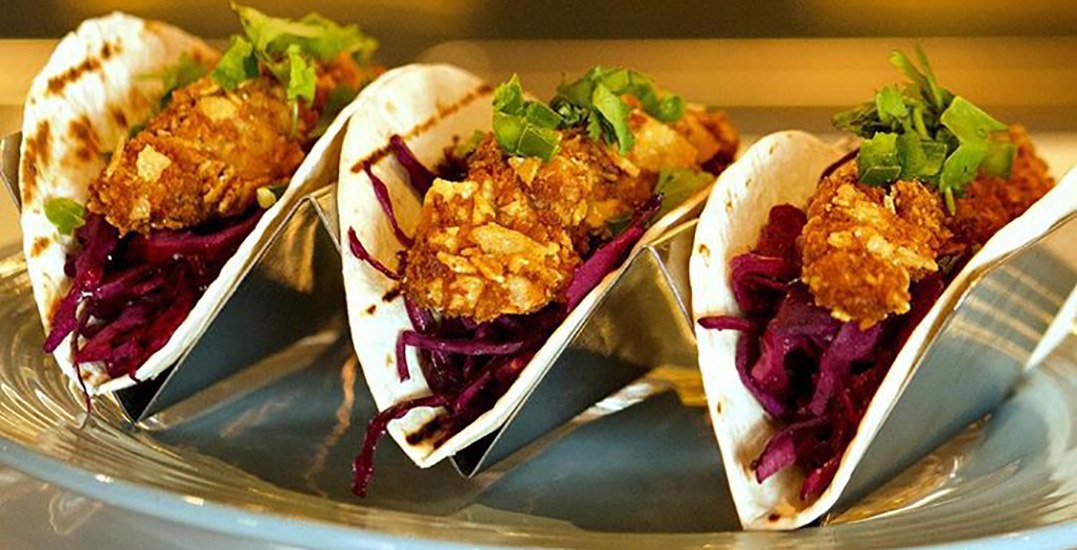 Blanco Cantina, a tex-mex eatery located in Calgary, is being faced with an almost baffling conundrum.

Change the name of their weekly special, “Taco Tuesday,” or face legal action from the hands of Taco Time – a well-known fast food joint that trademarked the slogan over 20 years ago.

The demand came in the form of a cease and desist notice from MTY group (owners of Taco Time), who explain that the now popular phrase was trademarked by Taco Time Canada in 1997.

The same notice has also been sent to several other restaurants across Canada, all of whom have all been given the same terms. 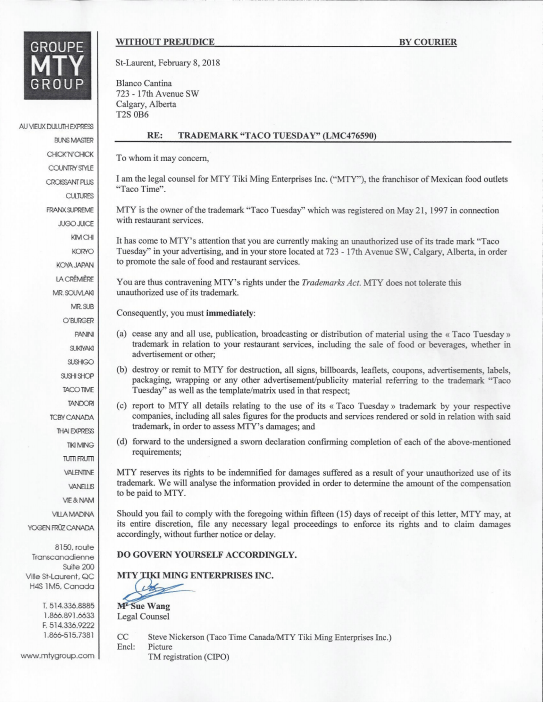 The cease and desist notice requires the restaurant to:

Blanco Cantina has shared that while they will cease the use of Taco Tuesday, they find the need to share financial earnings and pay possible compensation appalling.

Upon speaking to Blanco Cantina spokesperson Kate Mitchell, she shared that “awareness is key. Every person [she] speaks to is shocked” that a public phrase like Taco Tuesday can be owned.

They’ve also issued a call to action for taco lovers across the country. They’re trying to save the phrase Taco Tuesday, by asking foodies everywhere to visit their website. There, visitors can sign a petition to grow awareness.

The ultimate goal is that with enough people signing the document, and the right kind of people backing the claim, someone (not necessarily Blanco Cantina) will be able to reverse the grounds of the trademark.

Several lawyers have also shared with her that the slogan is public domain. With the huge number of taco restaurants and taco fans worldwide, all of whom use the slogan Taco Tuesday, the phrase shouldn’t even be allowed to be owned.

Blanco Cantina has also started a contest to help rename the weekly deal. The winner will receive a tasty prize: free tacos for a year. While the future of the phrase Taco Tuesday may remain unclear, they’ve found a rather creative and laughable way to make the best of the bad scenario.