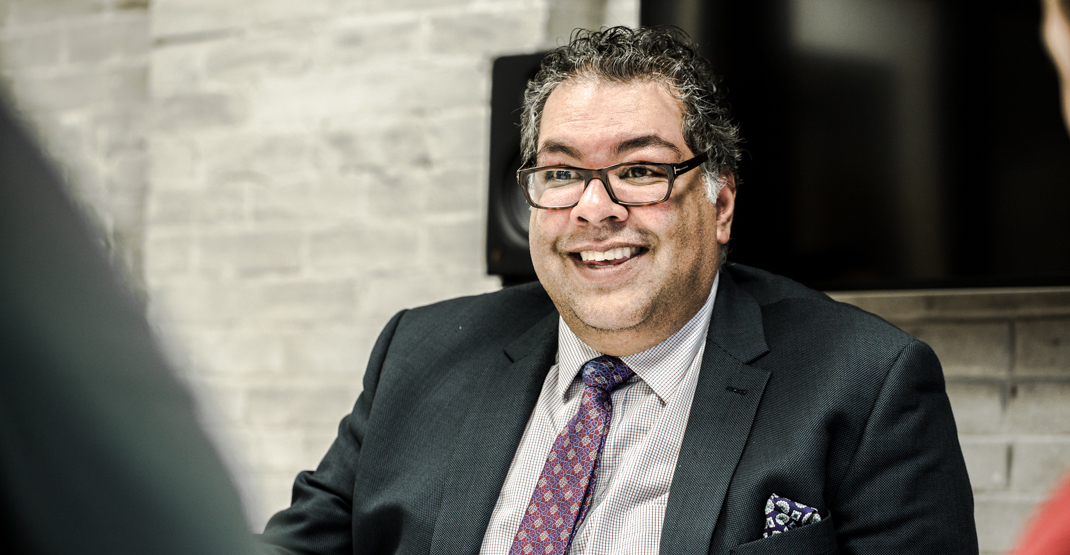 “Be part of the energy.”

It’s the tagline for the City of Calgary’s Economic Development Department, and on Thursday, the city’s mayor Naheed Nenshi was in Vancouver to promote that message to tech workers on this side of the Rockies.

And between various meetings and engagements throughout the day, Nenshi sat down with Daily Hive to talk about exactly what that message and his mission encompasses.

“We’re here for a couple of reasons,” he said. “The first is that Calgary still has the second largest number of head offices in Canada, so we’ve got a bunch of groups who we’re hoping will be customers for Vancouver tech companies.”

Nenshi said that often in the tech sector, “we look north-south a lot, but we don’t look east-west a lot. I think this will be a really good opportunity to create some linkages across the mountains with Vancouver-based companies.”

The second reason for his visit, he says, is to entice people to move east. Nenshi travelled to BC with Calgary tech company representatives looking to hire Vancouverites.

“We really are here to steal the children, because although Calgary remains mired in what I’ve been calling a jobless recovery, there are areas of the economy, where we have lots of job openings and not enough people, including in the tech and startup space,” he said.

Finally, he said, “we want to have conversations with Vancouverites and with companies here about what their growth plans are. With a lot of these quickly growing Vancouver tech companies there really is an opportunity to create secondary talent hubs like Calgary and alleviate some of that pressure cooker here in Vancouver.”

Nenshi said that although Calgary is expected to lead the country in economic growth this year, the challenge for the city is “a lot of the big firms – especially the energy firms – have figured out how to make money at $30, $40, $50 oil, and the way they do it, is they do it with fewer people.”

As a result, he continued, “the jobs that have been driving Calgary’s growth have been very slow to come back and a lot of folks think those jobs are not going to come back in the same quantity.”

And while this at first might make it seem like prospects for growth are slim, Nenshi said it’s very much the opposite.

“This actually leads to remarkable opportunity for those who want to work in newer industries, particularly in the tech sector, and support the other industries in the city.” 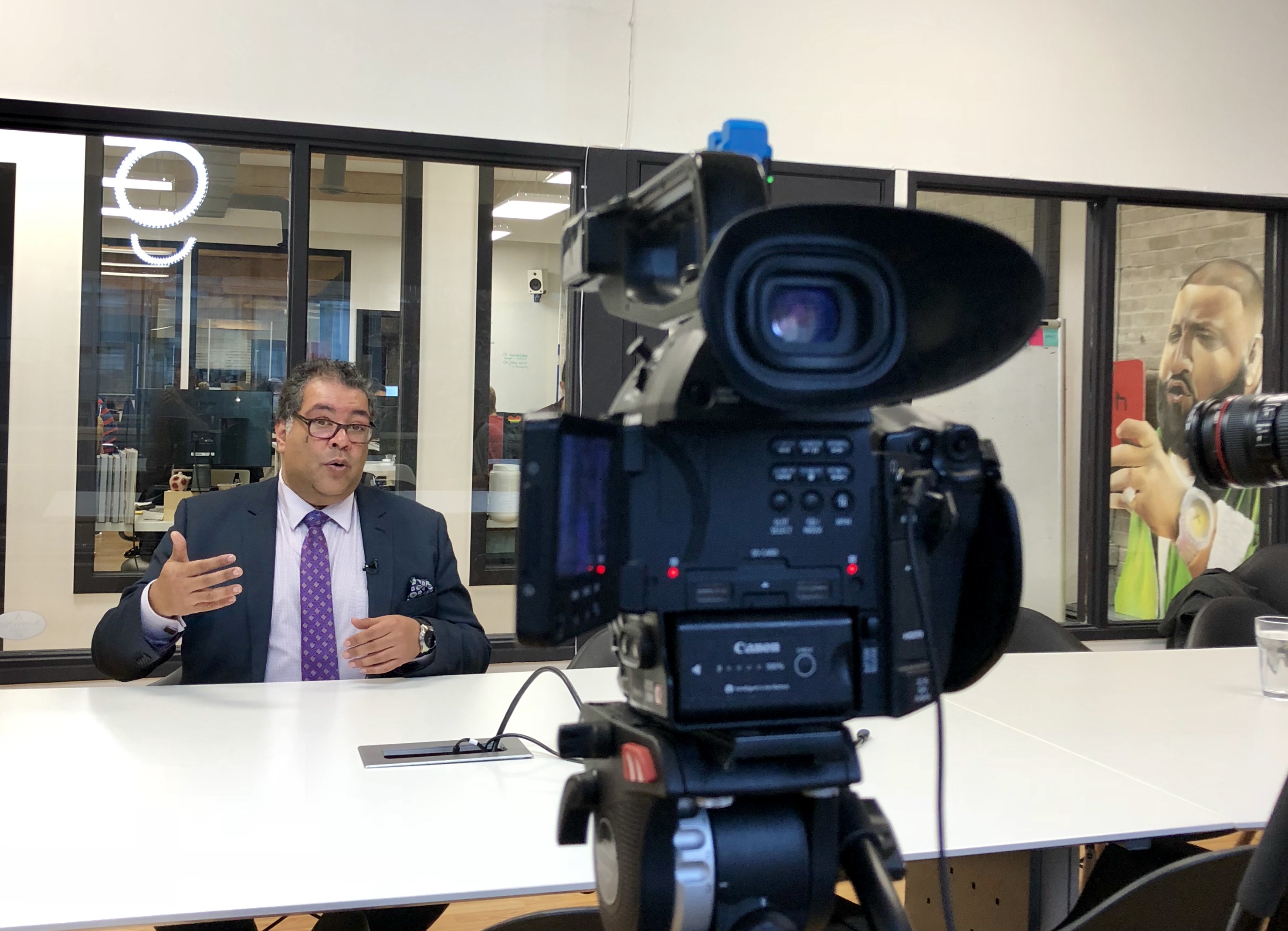 So why is Calgary a potentially good alternative for tech workers here on the West Coast? Nenshi had no shortage of reasons for people considering a move.

“There’s real opportunity for entrepreneurship and innovation in Calgary,” he said. “It’s not just the energy sector; it’s really something that you feel. It’s a relatively new city, there’s not a lot of old money there, we’re very diverse and open to people from all parts of the world, with different ideas, and deals get made.”

Then of course, there’s the affordability factor.

But beyond affordability, the mayor said his city also offers its residents a good quality of life, both personally and professionally.

“As beautiful and wonderful as this place is, and as much as I love Vancouver –I really do – for those worried about how they’re going to afford to live here, raise a family, get to the next phase of their life – or are just sick of the traffic – there are opportunities in Calgary to live a different kind of life and still have the same kind of career success,” he said. “There’s the ability to build and the ability to be a part of something from the ground up, and that’s pretty exciting.”

Asked about balancing Calgary’s long-held image as an oil and gas town with attracting new tech talent to the city, Nenshi said the situation is mutually beneficial.

“What has always surprised people, is that Calgary has always had the largest number of startups per capita in Canada and we have the most skilled technical workforce in Canada,” he said. “That’s because of the energy sector, because the startups were largely serving the energy companies – it’s a very engineering driven culture in the city.”

Nenshi doesn’t see tech as an industry unto itself.

“What we’re interested in is how can tech support cross-industry, innovation, and new thinking,” he said.

He says numerous strong industries – such as energy, financial, agri-business, tourism, creative, and transporting – exist in the city, and are all supported by the tech industry.

“What we’re primarily focused on is how tech can help the other primary industries in the city grow and that’s where there’s enormous opportunity,” he explained.

That being said, “if we get the next Hootsuite or the next Shopify, then great, we’d be thrilled to have it and we are certainly always happy to have those conversations.”