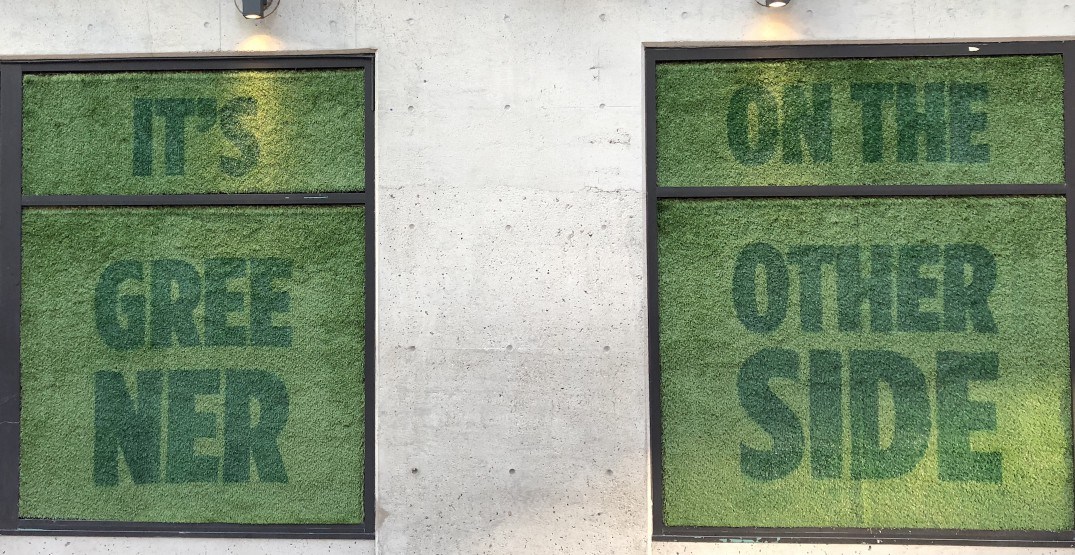 Calgary is sending a strong message to Vancouver that the Grass Is Greener in YYC when it comes to the tech sector.

Today, the Calgary Economic Development (CED) took over Yaletown with a giant wall installation to attract Vancouver’s tech talent and convince companies that the move to Calgary is worth it.

The installation is part of  CED’s”Grass is Greener” campaign, taking place in Vancouver and Seattle.

Located at 1149 Hamilton Street in Vancouver’s Yaletown neighbourhood, the wall is composed of fake green turf, imprinted with the words “It’s Greener on the Other Side.”

“We like to be a bit playful and cheeky in Calgary,” the CED’s Megan Zimmerman told Daily Hive, when asked about the big green wall.

Zimmerman is confident that the eye-catching installation will help spread the message about the benefits Calgary offers to tech companies and employees. 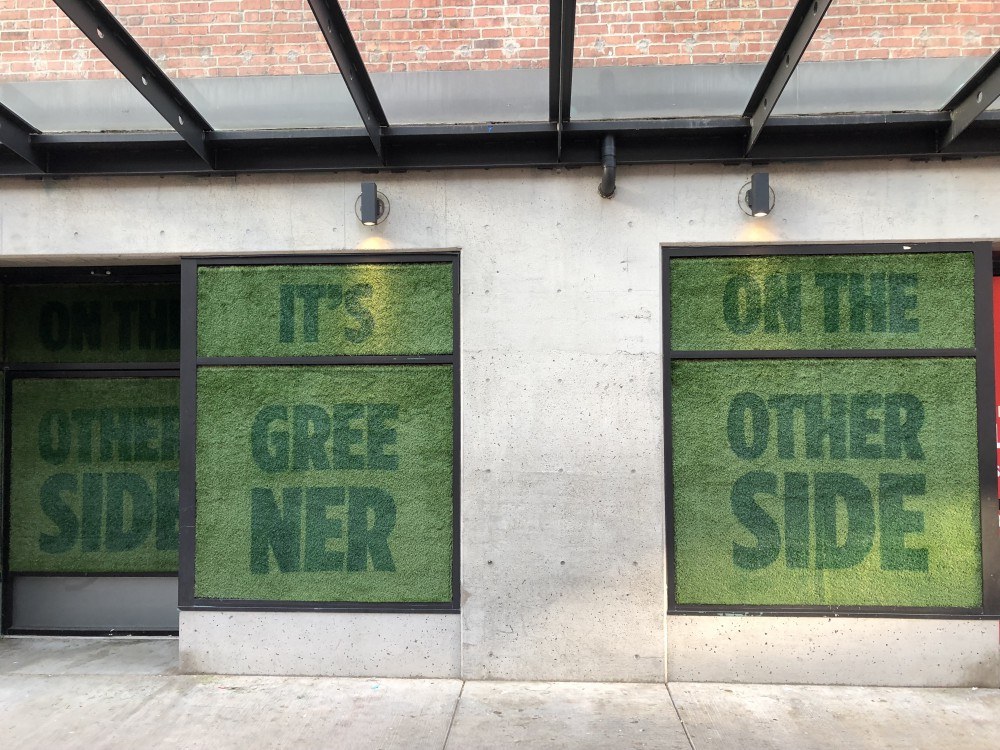 According to CED, Vancouver tech companies should consider Calgary for its high quality of life, its STEM-educated workforce, affordable housing prices, and its highest head office concentration capita in Canada.

“There are tremendous opportunities,” said Zimmerman. “Calgary is the best place in Canada for tech companies to scale.”

She said that companies in Vancouver have already shown interest in bringing their business to Calgary –one of them being Clio, the cloud-based law practice management software giant, based in Burnaby, BC.

Zimmerman noted that Clio put together a Calgary team earlier this year. “Every time I go in there, it’s like they’ve hired ten new people,” she said. 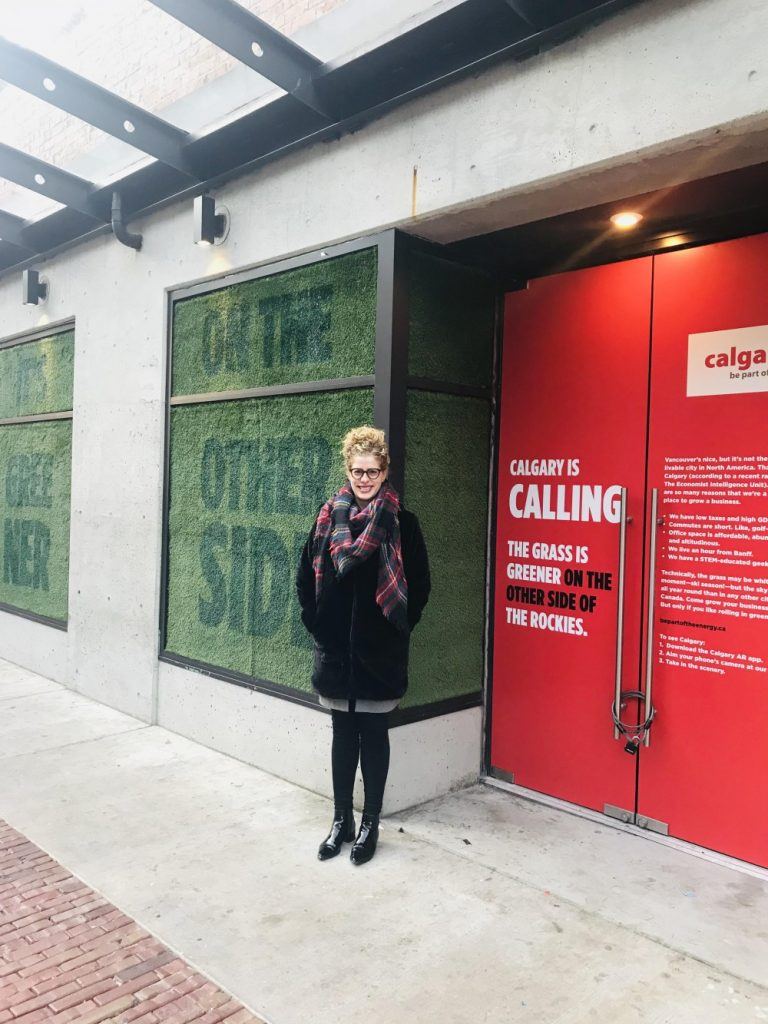 Calgary’s bid for Vancouver talent has been in the works for a while.

“We want to have conversations with Vancouverites and with companies here about what their growth plans are. With a lot of these quickly growing Vancouver tech companies there really is an opportunity to create secondary talent hubs like Calgary and alleviate some of that pressure cooker here in Vancouver,” Nenshi said in a sit-down interview with Daily Hive.

Zimmerman also pointed out that Calgary’s “inexpensive and abundant” real estate was a big selling point for those struggling in pricey markets like Vancouver and Toronto.

She says that Calgary’s efforts to attract Vancouver’s tech talent won’t be coming to an end any time soon.

“You can expect to see a lot of Mayor Nenshi and our team here,” she said. “Vancouver continues to be a key market for us.”

The Grass is Greener wall will be up in Yaletown until mid-December.