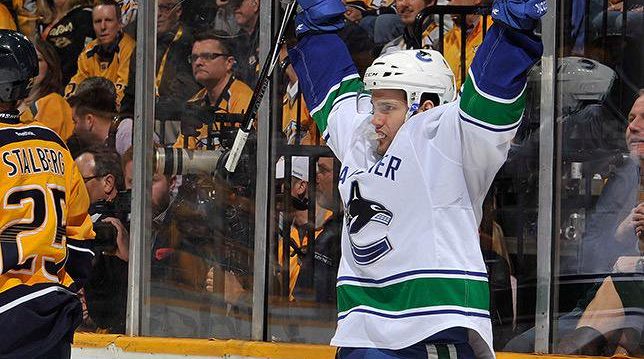 Linden Vey has found a new home, signing a one-year, two-way deal with the Calgary Flames on Tuesday.

Vey, who was drafted by the Los Angeles Kings in 2009, was traded to the Vancouver Canucks in 2014 with the draft pick acquired from the Tampa Bay Lightning for Jason Garrison.

The 24-year-old former Medicine Hat Tiger always seemed to be a favourite of Canucks head coach Willie Desjardins, who gave him more ice time than most pundits felt he deserved. Time is running out for Vey to prove that he can be an everyday NHL player, so he’ll need a strong camp in Calgary in order to start in the NHL.

New Flames head coach Glen Gulutzan is familiar with what Vey can bring, which includes a strong two-way game for an undersized centre. Vey will likely compete for a spot on the Flames’ fourth line, either in his natural position or as a winger. The Flames referred to him as right winger in their press release, so perhaps that’s a clue.