A Calgary Flames fan took to social media on Saturday night after the Canucks were defeated to slam another fan who celebrated his team’s win by pouring beer and popcorn on a Canucks fan at the game.

The Facebook post has since gone viral, having been shared over 3,000 times (at the time of publishing). 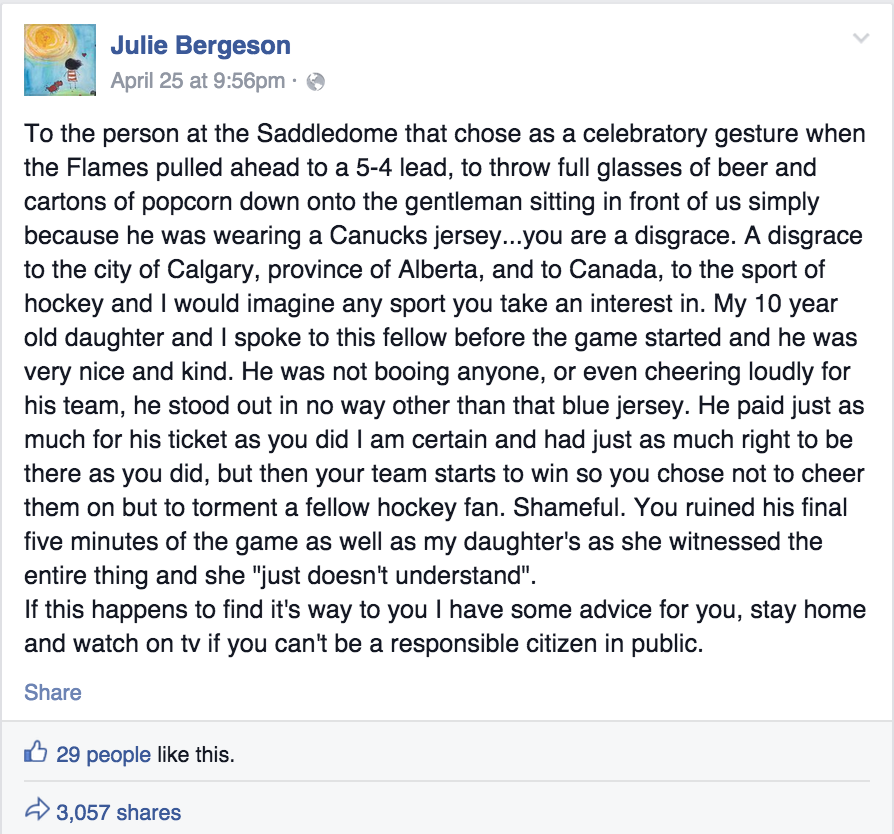