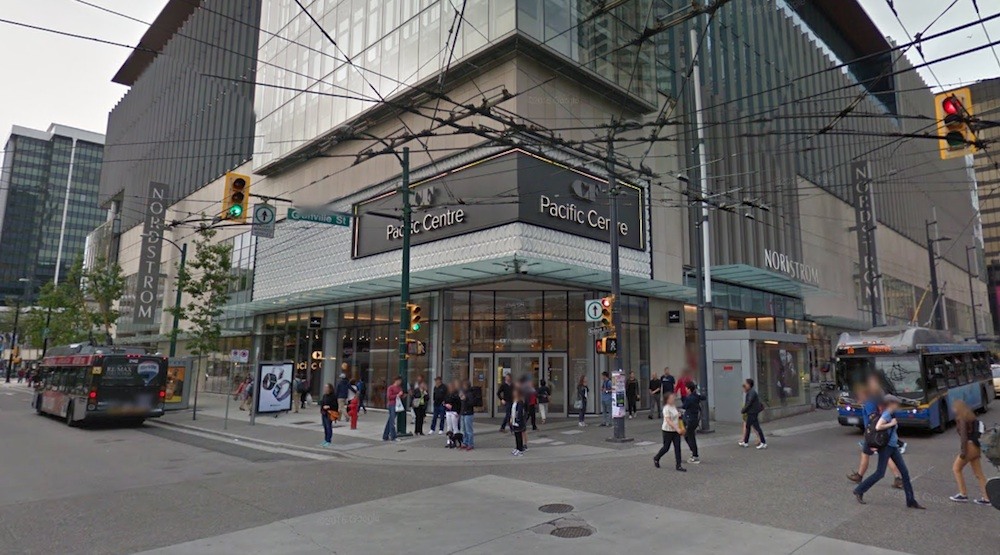 One of Canada’s largest commercial real estate management and development companies has sold a 50% interest in its Vancouver portfolio, which includes a major shopping centre and a number of office buildings.

Cadillac Fairview announced today that the Ontario Pension Board (OPB) and the Workplace Safety and Insurance Board (WSIB) now each own a 25% stake in the company’s vast portfolio. The Toronto-based company retains ownership of the remaining 50%.

Altogether, this deal spans four million square feet of leasable space, including CF Pacific Centre shopping mall, the Waterfront Station building, and a dozen office towers in downtown Vancouver. Its largest and most valuable asset is Pacific Centre, which consists of not only the mall space but also the spaces occupied by Nordstrom, Holt Renfrew, office spaces for Microsoft and Sony Pictures Imageworks, and several adjoining office towers.

“This deal gives us the rare opportunity to gain direct exposure to the tightly held Vancouver real estate market. As the economic and financial centre for Western Canada and the primary access point to Asian markets, Vancouver is expected to outperform other major Canadian cities going forward,” said Mark Fuller, President and CEO of the OPB, in a statement.

“It is also a great example of how asset pooling and scale help us gain direct access to high-quality assets that will help us generate strong returns over the long term.”

The value of the deal with OPB and WSIB was not disclosed, but it is likely well over the billion dollar range.

Just before Christmas, TransLink announced that it had closed a $440-million deal to sell its 13.8-acre decommissioned Oakridge bus depot, which will be redeveloped with 1,200 residential units.