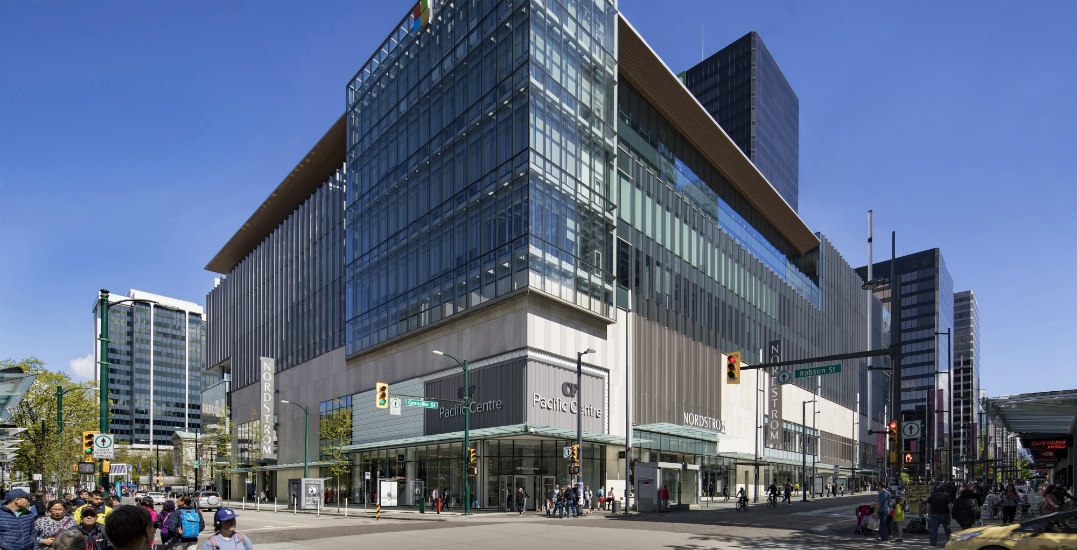 The Metro Vancouver region is expected to accommodate one million people and 500,000 jobs, by 2040.

So, it’s fair to say that as a city, we need to be ready to anticipate the changes that come with a growing cosmopolitan population and dynamic workforce.

And it’s already begun with downtown Vancouver’s largest office landlord of the past 40 years, Cadillac Fairview (CF). The property management firm has proven to be a huge driving force in the city’s retail and commercial sector, for more than one reason.

Back in 1973, its flagship CF Pacific Centre complex was the mark of Cadillac Fairview’s arrival in Vancouver. The company also includes Waterfront Station, Waterfront Centre, The HSBC Building, and Granville Square, among a dozen major properties (comprising over three million square feet) under its stewardship.

Today, over 16,000 Vancouverites work in a CF building, and more than 250 million shoppers pass through CF’s shopping centre’s doors nationwide. Yes, it’s clear to see that CF has had an impact on the cityscape, and now it’s re-investing in vibrant urban communities by transforming the inside of its properties.

CF is repurposing existing properties in Vancouver to meet and anticipate the needs of our future population and dynamic workforce by redefining the concept of mixed-used buildings.

How they made it happen

One of the first things that CF did during the renaissance of this building was to create open-concept space. As a result, leading companies saw the attraction of providing their talent with a rich environment where they could easily access shopping, dining, outdoor space, and public transit.

CF is partnering up with SHAPE, a local developer, to go ahead with the significant redevelopment of the CF Richmond Centre. This would add ample new residential space to the 27-acre property, new retail, public spaces, and streets.

And so, this plan to redevelop Richmond’s busiest shopping centre could become a model for how existing suburban malls can evolve and transition into the new era of retail by being a part of a mixed-use community setting.

Amazon recently announced it’s expansion into Vancouver, bringing 3,000 new jobs to the city, and although CF isn’t part of this office development, the management company believes it’s a great sign to see major corporations bringing their businesses to Vancouver, and how this is linked to the city’s commercial property options.

“As the city evolved, as Vancouver’s shoppers demanded best-in-class global retail brands, and as the demand for premium office space grew, we knew we had to innovate and invest,” Knoepfel added.

The senior VP believes that working with forward-thinking companies who recognize shifting social and economic priorities, is key to creating exciting new spaces.

Cadillac Fairview is looking forward to leading a trend toward integrated, multiple-use spaces that challenge convention and meet the expectations of a new breed of urban community.