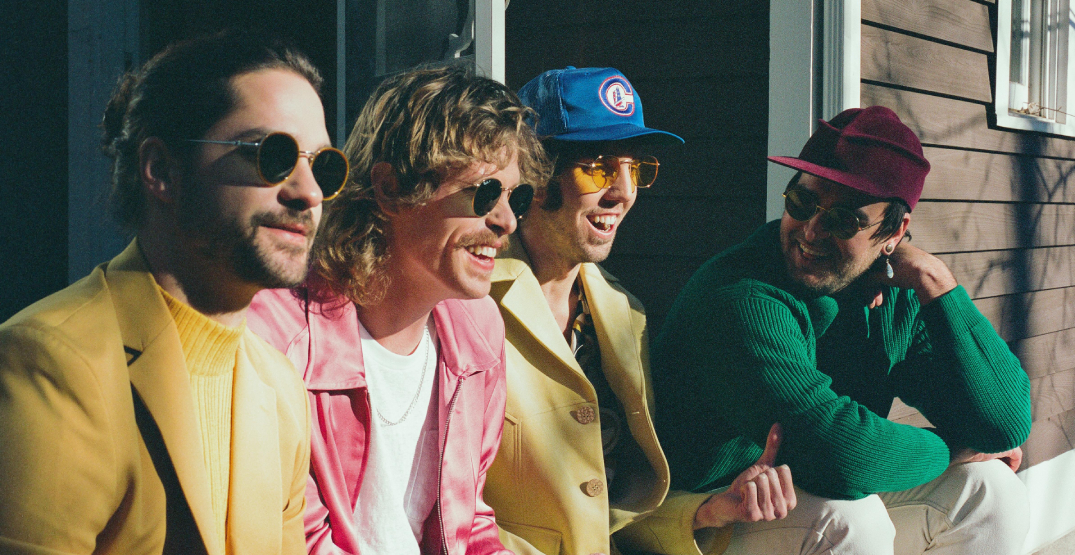 That’s right, the Ohioan indie, folk, Americana rockers CAAMP are coming out west to perform in Vancouver at the Orpheum Theatre on July 18.

The band will be performing their yet-to-be-released and highly anticipated album, Lavender Days, that will be out on June 24 exclusively through Mom + Pop. For now, their latest single “Believe” offers a sneak peek into the project.

The upcoming album is centred around the concept of the in-between types of days we’re all familiar with, the ones lacking any big events or tumultuous downfalls. These days, full of small pleasures and forgotten disappointments, were coined “Lavender Days” by the group’s singer and primary songwriter Taylor Meier — and are the focus of the project’s ballads.

“[Lavender] is nostalgic. It can remind you of your grandmother’s perfume or maybe the air freshener in your mom’s car,” says Meier. “It can summon up all of these incredible memories and transport you to those in-between days, which I think everybody remembers with more clarity than the big events.”

And the upcoming album’s theme is more than fitting, as the band is already known for their tender love songs that showcase a harmony of styles from West Coast folk to Midwestern Americana to indie rock. CAAMP prides themselves on their storytelling abilities — voyaging through musical notes like a character arching through discovery in a novel.

It was over a decade ago that Meier began composing the group’s first notes with bandmate Evan Westfall. The duo met as students at Ohio University in Athens and began by playing at local coffeehouses. With the addition of Matt Vinson on bass and Joseph Kavalec on the keyboard, the band built up a grassroots following beyond their college hometown based on the inventiveness of Meier’s songwriting, the exuberance of their live performances, and their constant touring.

Today, the group has a deep brotherly bond and a renewed excitement for touring after the pandemic-imposed turmoil experienced by all in the industry. With the release of Lavender Days on the horizon, CAAMP is ready to get back out on stage and give a show that is sure to be unmissable.