The first update is the ability to ‘group direct message’ your followers. This has been a long time complaint of avid Twitter users for years. With this new feature, you’ll be able to start a conversation with multiple followers at the same time, even if some of those followers don’t follow each other. 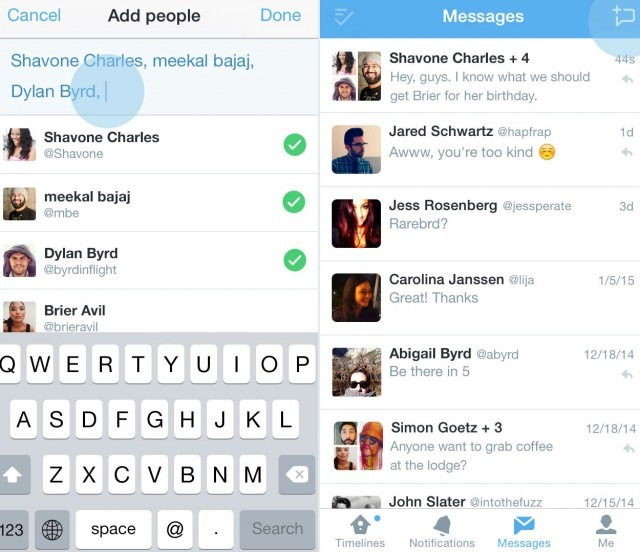 The second update to Twitter is one we’re really excited about. You now have the ability to shoot, edit, and share videos up to 30 seconds in length. You can do this directly in the Twitter app on your phone with the camera button similar to how you would share a picture. This update comes after competitors like Facebook have heavily focused on growing their native video functionalities.

Twitter’s CEO Dick Costolo emphasized that this feature is one that will change the way people live tweet events that are unfolding right now. He said, “We believe that during any sort of local event, national event, global event, the opportunity for people, participants, to be live tweeting those things and broadcasting them to the world is a massive opportunity, that’s one of the reasons we are so excited about consumer video.”

Check out the first video ever posted to twitter featuring none other than Neil Patrick Harris.

Check out my Twitter video #Oscar exclusive! I gots me a scoop! pic.twitter.com/SGQ3oJHDqZ

There is no doubt that Digital Marketers will be excited for this feature as it unlocks many opportunities for unique posts and social media campaigns to engage their communities.

Buzz Social is both the most affordable and effective way that Vancouver businesses can leverage their social media programs to drive awareness to their services and products. Being fully engaged with your online community takes strategy, planning, and experience – we’ve been learning from our 200,000 plus community since 2008.