You might have seen them along Granville Street – a company is trying to clean up the streets of Vancouver by placing cheeky “butt hole” cigarette receptacles around the city. 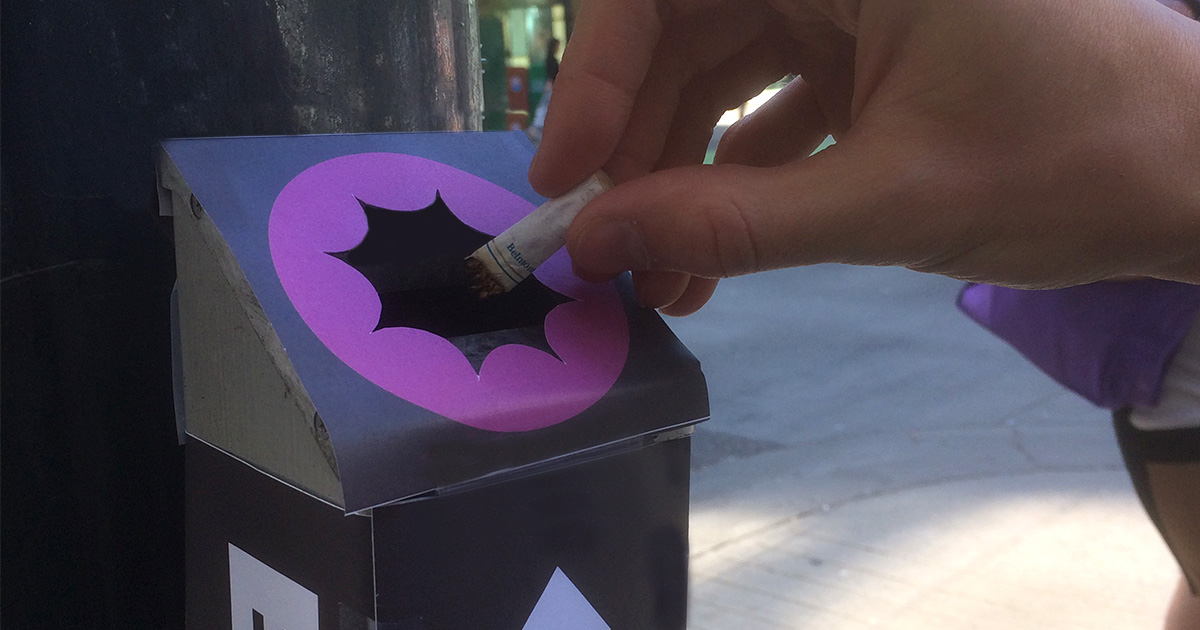 YVR Butt hole is gaining attention on Twitter and on the streets, and it’s no surprise why.

“In fact, while installing one of the temporary wraps we met some smokers who said they were actually looking for an ashtray. They hadn’t seen them all along Granville because the city designs blend in so much, but of course they noticed our butt hole design.” 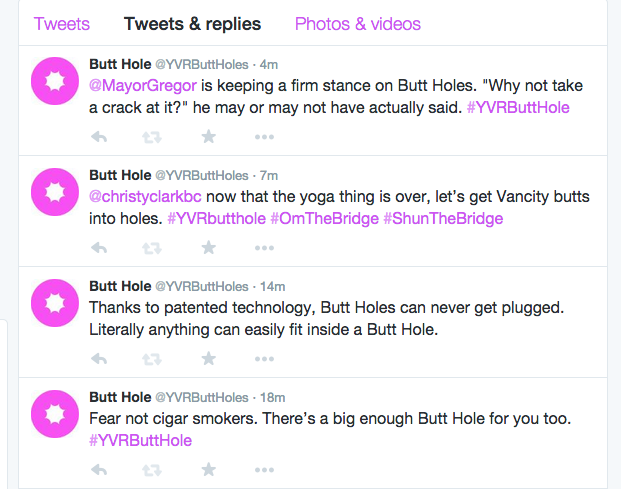 The project is independent from the City of Vancouver, so the receptacles have to be replaced every so often to avoid defacing public property.

The goal behind the project, however, is pretty simple.

“We wanted to help draw attention to existing city ashtrays that are already in place but sadly don’t get used enough. And with the continued dry, hot weather, we wanted to encourage properly disposing of cigarette butts,” said Chalcraft.