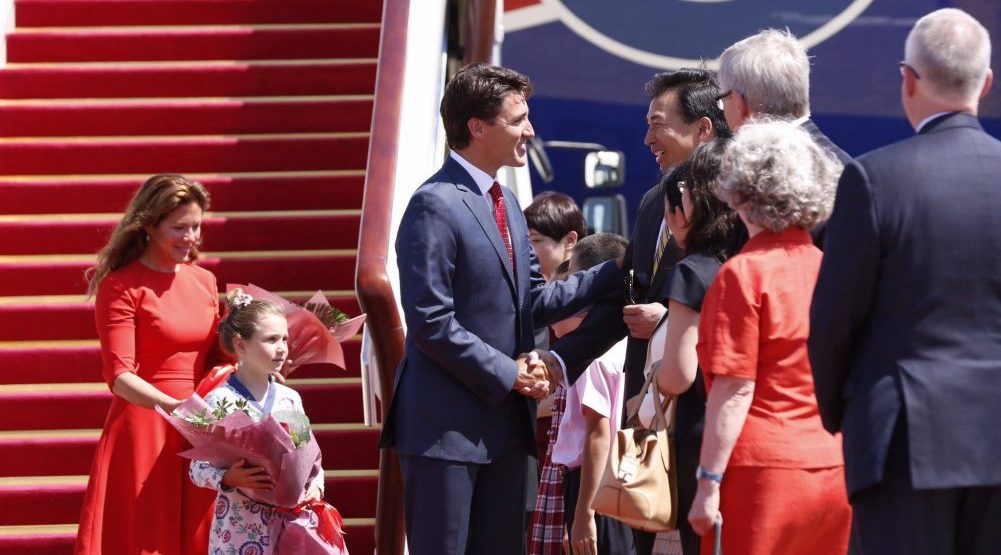 Here are four things that happened that you should know about:

1. As Trudeau visits China, Canadian firms have their fingers crossed

This week marks Prime Minister Justin Trudeau’s first official visit to China, and pundits are hopeful that—contrary to the arguably frosty reception provided to Stephen Harper—this visit will be friendlier. There are many key topics on Trudeau’s to-do list, ranging from progress on a free trade deal to potential Canadian investment in China’s $100-billion Asian Infrastructure Investment Bank. The latter is viewed as a large opportunity for Canadian firms and companies, and this sentiment was echoed by the vice president of the Canada-China Business Council.

2. Interested in the rumoured iPhone 7? September 7 is the date to watch

In typical Apple fashion, the company will be holding its annual signature product launch on Wednesday, September 7. Invitations were sent out to the press this week. Rumoured announcements and product launches include the official release dates for the new operating systems for the macOS Sierra, watchOS 3, tvOS 10 and iOS 10, in addition to the purported iPhone 7.

3. Marc Zuckerberg: “We are a tech company, not a media company”

While many have come to rely on social media networks for the latest news, Mark Zuckerberg has no plans for Facebook to become a media company. The company’s founder and CEO noted, when speaking at Rome’s Luiss university, that “the world needs news companies, but also technology platforms, like what we do, and we take our role in this very seriously.” Zuckerberg also met with the Italian Prime Minister during his visit.

4. Are Canadian banks finally seeing the light at the end of the tunnel?

Has the worst of the crude oil collapse passed? While Canadian banks had been heavily hit by declining performance in the oil and gas sector in the past two years, reporting high amounts of impaired loans and credit losses, their most recent earnings are more positive. Four of the six Canadian banks have reported a slowdown in the trend of these loans over the last quarter. CIBC Capital Markets analyst Robert Sedran is hopeful that oil-related losses might finally be reaching their peak.