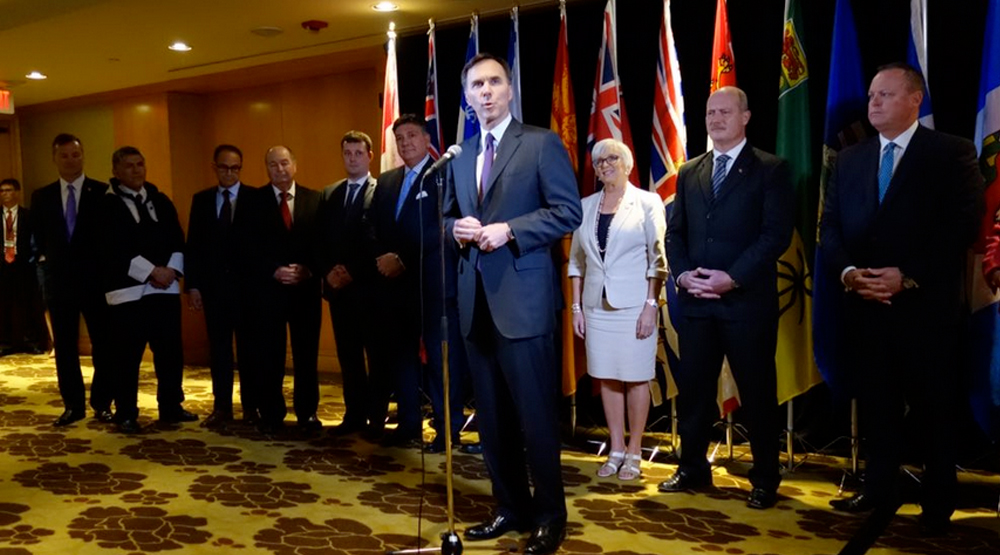 1. Conflict between Visa and Walmart and the impact on you

Walmart Canada and Visa are involved in their own predicament over fees charged to retail stores, where the retail giant is pursuing a reduction in fees. Considering the circumstances where a negotiation does not occur, the possibility exists where Visa cards may not be accepted at any Walmart in Canada, a process which begins in Thunder Bay In July.

2. Global stocks rising, as the British Pounds strengthens with the Brexit Vote

Risk assets are gaining and global equities rebounding from a four-week low as bookmaker odds showed a diminished change of a “Leave” vote on Thursday. This change in sentiment follows the murder of a pro-European MP last week.

3. Canadian corporations implementing strategies which advocate for the LGBTQ community

Businesses are demonstrating the trend of increasing their support for LGTBQ equality through action over rhetoric. Corporations are attempting to widen their consumer groups, and have been doing so over the past 10 years with the LGTBQ community.

4. Wall Street expressing their lack of approval for Elizabeth Warren as Clinton’s VP

There has been a strong voicing of opinions on Wall Street where individuals will not be content with Hilary’s decision to choose Elizabeth Warren as her Vice-President. Moreover, Clinton’s own Wall Street supporters would elude from her side.

5. Canadian Finance Ministers come to an agreement on the Canadian Pension Plan

Finance Ministers from all across the country came to Vancouver to discuss the revision of the Canadian Pension Plan. With the new agreement, beginning in 2019 there will be increased premiums. The change will be official following consent from Ottawa and two thirds of Canada’s population.

Mayor Gregor Robertson openly discussed his disapproval of the National Energy Board Review of the expansion of the Pipeline. The City of Vancouver is applying for a judicial review of the pipeline at the Federal Court of Appeal.

7. Moody’s declares Canadian Banks as durable in relation to the housing crisis

Financial ratings agency Moody’s has openly said Canada’s banks will be able to evade from the effects of a housing crisis within Canada. The ratings agency said effects in Canada will be reduced compared to the effects the United States may face because of sub-prime lending and mortgages which are reassured by the US government.